John 5 and the Creatures have announced the second leg of the Invasion Tour 2019. The tour will kick off on October 30 in Michigan and wrap up just before Thanksgiving.

Jared James Nichols, who supported John 5 on the first leg of the Invasion Tour earlier this year, has once again been tapped to open along with additional support from Reverend Jack.

“I’m excited to get back out on the road with The Creatures and play music from the new album,” John 5 says. “The response to the first leg of the Invasion Tour earlier this year was amazing and I can’t wait to hit even more cities. Jared James Nichols was phenomenal last time around and we are happy to have him join us again.” 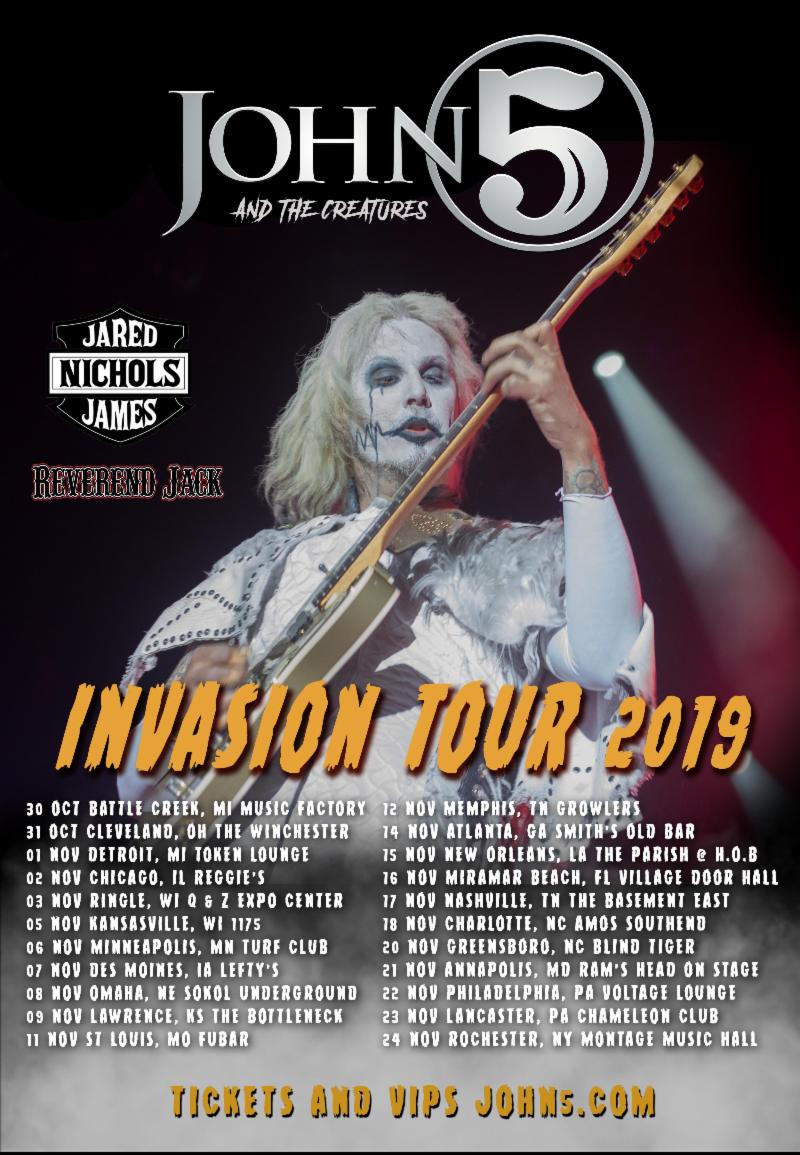 Released last week, John 5’s highly-anticipated Invasion album has received rave reviews all around. Fans were able to get a taste of the album throughout the first half of the year via a series of videos released each month. John 5 kicked off the year with the debut video clip from Invasion, the campy animated “Zoinks!”, followed by three equally eccentric videos for “Midnight Mass,” “I Am John 5” and “Crank It – Living with Ghosts.” A new video for the track “I Want It All” was unveiled along with the release of the album last week. Invasion was produced and mixed by Barry Pointer (Richie Sambora, Joe Perry, Steve Vai, Jackson Browne).

John 5 and The Creatures recently announced a special one-off co-headlining show with The Aristocrats (guitarist Guthrie Govan, bassist Bryan Beller and drummer Marco Minnemann) at 1720 in Los Angeles on September 1. A special edition of Invasion will be available for purchase at this show. Tickets for the Los Angeles show are available here.

Tickets for the Invasion Tour and special VIP Packages are available for all shows through the John 5 webstore. 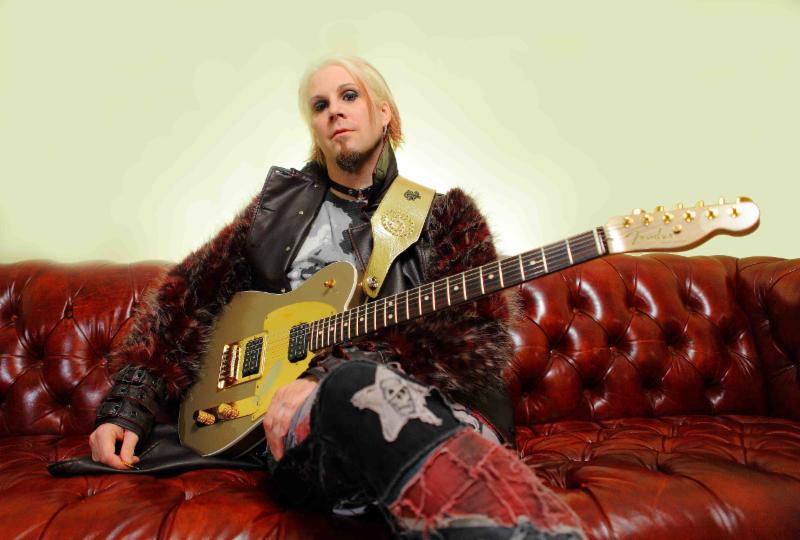