The South African guitar virtuoso returns to the capital for a one-off headline show in December.

Following on from an extensive UK tour earlier this year in support of Dear Silence Thieves, his critically acclaimed album, Dan Patlansky will be playing at The Borderline in London on Saturday Dec 05 where he will be joined by special guest Aaron Keylock.

Dan Patlansky will also be joining the legendary Joe Satriani as special guest on his Shockwave UK Tour throughout November. 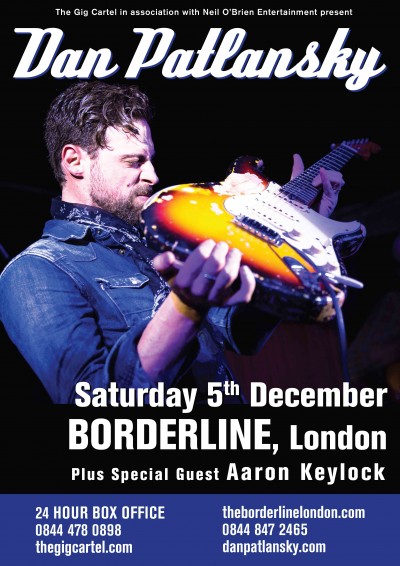