Stonewolf are a young quintet from London, England, UK, and have just released their debut EP.

The beginnings of Stonewolf emerged in October 2014 when Brad Mumford, George Hayday, and Jack Browning (guitar) began to jam together, using the songs from the bands they had grown up on – Led Zeppelin, Purple, Lizzy, etc. The boys quickly realised they had something, and so brought in Richard Jovic in January of 2015. The full line-up was completed in May 2015, adding Adam Brucass as frontman, and it is here the band consider Stonewolf to have been born. 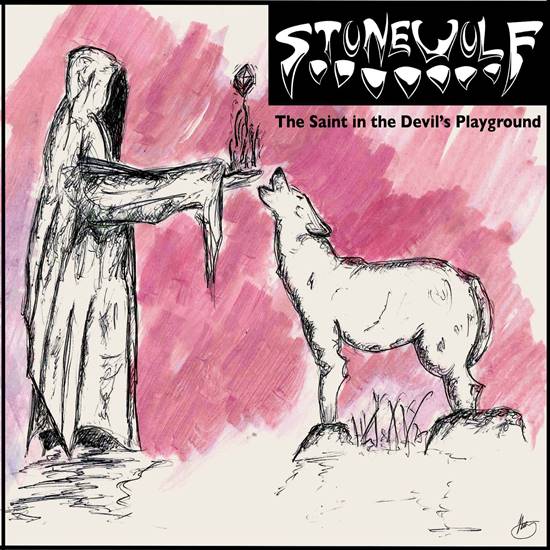 The band headlined Mayland Music Festival in July 2015, and by September 2015, had secured a spot on the Ingenious Rock Show on the Uk’s Saint FM. After having spent a week of writing together in August, it was here the band recorded their first demo EP in one, continuous take.

The EP contains five tracks; four originals and one cover. The songs are well written and have some great riffs.
â€œNothing But Troubleâ€ is a rocking track, and could be great with some fine tuning. Bearing in mind the guys are only 17/18 years old, and been playing together for just four months, this will come.

â€œRequiemâ€ is a slow-burner, and definitely grows on you. A cleverly written song beyond the young bandâ€™s years.
Thin Lizzyâ€™s â€œDancing In The Moonlightâ€ is covered well, with a few twists from the original. Putting this on the EP, itâ€™s easy to see the bands influences coming through.

â€œLucid Visionsâ€ is another slow building track, which could easily be at home on a Deep Purple or Thin Lizzy album, and has some great guitar work and some good lyrics, too.

Live favourite â€œMake Or Breakâ€ has a catchy riff and a headbanging inducing feel to it, and is easy to start singing along to. A stand-out track on the EP.

These guys could be a great band â€“ keep an eye on them as they build and grow. Working together over time will hopefully produce a great full album sometime soon.

The EP is available to stream, download and buy on Soundcloud.