Metal has managed to reach our sandy shores from overseas before. And I think Chef from the Muppets would approve of these guys, enthusiastically.

This five piece from Karlstad, Sweden is Isak Stenvall (vocals), Fredrik Kelemen (guitar), Per-Owe “Ewo” Solvelius (guitar), Emil Ã–berg (bass), and Sebastian Pedernera (drums). Forming in 2009, they met at the Music Academy of Ingesund in Arvika, Sweden, and the common passion for heavy metal forged them together and Lancer was born. Their second full-length album, Second Storm, is set for release on Apr 10, 2015 on Despotz Records label. The band is starting to be recognized here in the States and has already made a name for themselves in their Swedish homeland.

“Damn, this album is good! I love the new edge in the sound, itâ€™s a little bit heavier than the debut. This record really establishes the LANCER sound! Now, Iâ€™ll give it a second spin, but I already know it will be a new favourite of mine.” – Oscar Dronjak (HammerFall) 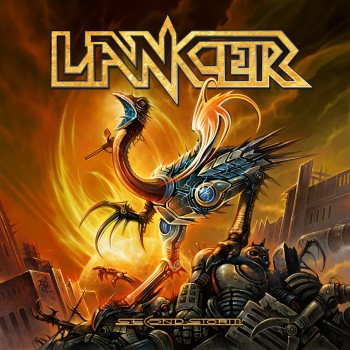 This LP is nine tracks that are anything but plain metal, manufactured, or boring. There is most definitely an Iron Maiden vibe with a bit of a Dokken feel running into a style of, but not quite breaking out into, a Manowar-ish cover band. Isak’s vocals are clean, clear, and would make Bruce Dickinson proud with some of the notes hit in this record. On “Fools March On,” you get to listen to not only Sebastian’s skill on the drums with some pretty complicated beats, You hear Fredrik, Per-Owe, and Emil fill out the thunderous sound with the guitar/bass brigade in a blistering and flawless pace. This is truly a sound that anyone growing up to 80s metal would appreciate.

Second Storm was recorded at the world famous Leon Music Studios with producer Gustav Ydenius of Steelwing, Mustasch, and Enforcer experience. The production is excellent on this CD. There are no outside drop tracks on this album, no dirty vocals, and no need for them. It’s simply heavy metal in its genre glory, and it’s bloody wonderful for it. Lace up the Doc Martens, throw on the treasured Aces High t-shirt, and go grab this release when it hits shelves.

There are no currently scheduled shows in the US at the time of this review. If we hear of anything to be excited about, we’ll make sure to pass it on as soon as we can confirm it. If you happen to grab this offering from the guys, we’d love to hear what you think of it. 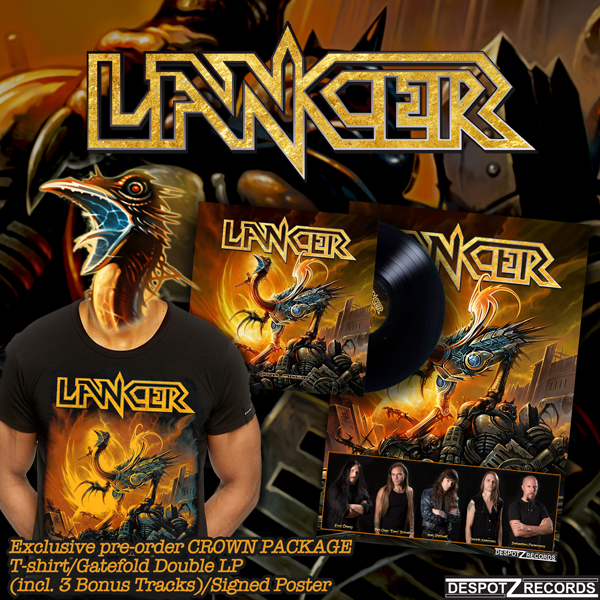