Ten years is a long time and a blink of the eye. This new album is a tribute to that time from first to current.

On Jan 29, 2016, The Veer Union (TVU) reached a career milestone. The latest addition to the catalog, Decade, landed on shelves straight off the presses. Distribution of the album went to Pavement Entertainment with the US duties, and Rock Shop Entertainment has the Great White North. And if you didn’t already know, Crispin Earl (vocals), Ryan Ramsdell (guitar), Dan Sittler (guitar), Tyler Reimer (drums), and Amal Wijayanayake (bass) make up this Vancouver-based outfit. 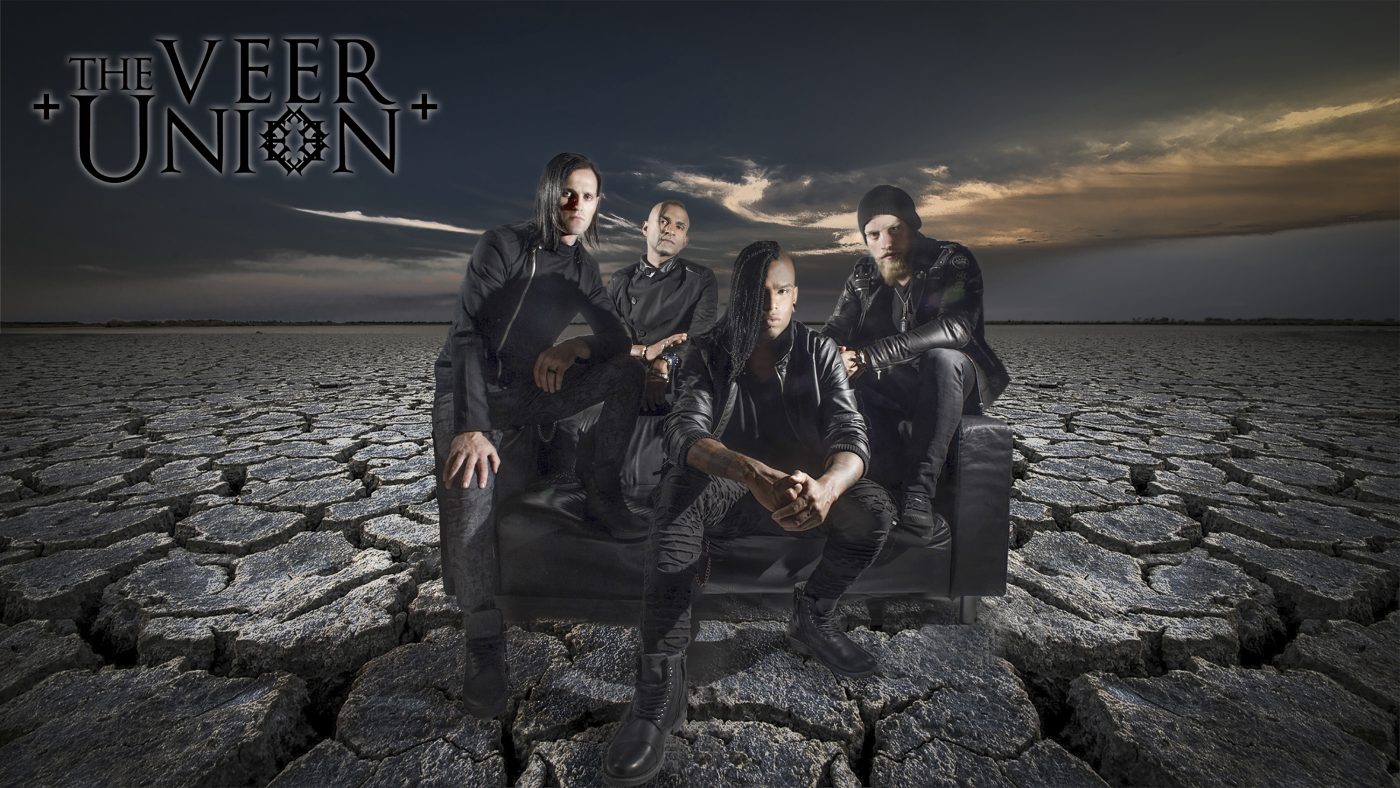 Fans may know but vocalist, Crispin Earl, has dealt with some demons since the start of the band. The retooled line-up took roughly four years to bring together and write the new material on this record. It is a testament to Earl’s talent as he self-produced Decades among the other duties associated with a new project.

Two of the songs on this release were demos from 2001. “Watch You Lose” and “Make Believe” got Tommy Lee’s attention from Motley Crue and, in 2005, were used on Tommy Lee’s solo record, TommyLand. Along with those two, three other songs were written before forming the first incarnation of The Veer Union. Rounding off this impressive feat happened to be five entirely new songs. 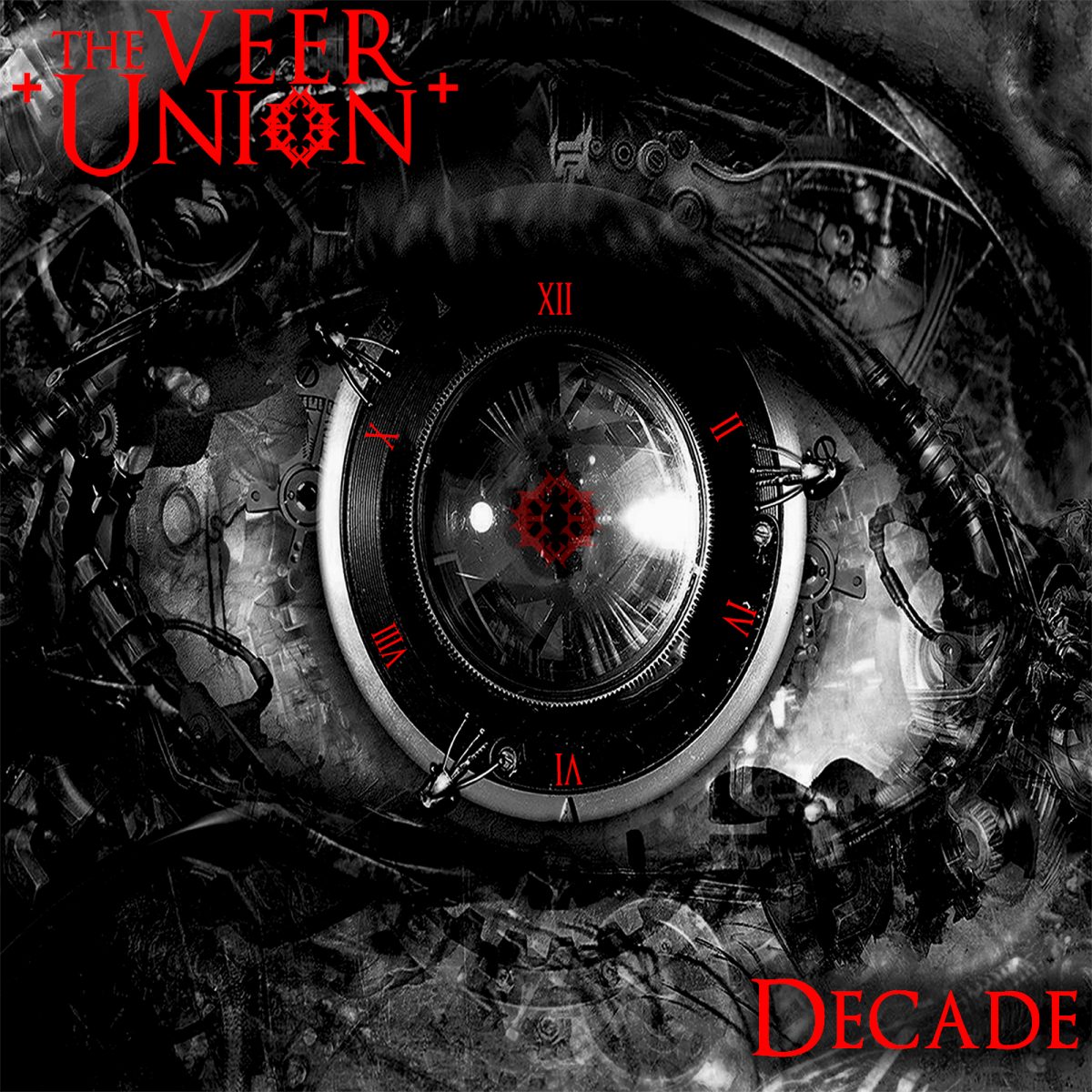 TVU songs have been heard on and used by WWE, MLB, Nascar, and even employed by the NHL Pittsburgh Penguins for their Stanley Cup theme song. We would be remiss if we didn’t mention, again, that 2016 marks the ten-year span between The Veer Unions’ first album, Time To Break The Spell (2006), and this CD. It is also the first full-length album released since their 2012 release, Divide The Blackened Sky.

Throughout all ten tracks, Crispin’s vocals are magnificent. Something we don’t go into very often is the songwriting. His ability to tell stories in a mere song is something special and can only be appreciated by listening to the whole disc a few times.

Even if Tyler may only have the touring title in some reports, his drumming is exactly what this creation needed. He has the tempos, the control of the song(s), and still has the talent to handle all of the drops without missing a beat, which is phenomenal.

Ryan, Amal, and Dan have a smoothness of style that blends together well. Their combined play adds a deep, well thought out, vibrant sonic experience that is hard to achieve without time, practice and believing in the song being played.

Despite his internal battles, Crispin continues to persevere through life and his musical journey, which is what the lead off single lyrically signifies. We’ve included the video above for this lyrical submission, “Defying Gravity,” so you can get a taste of the tracks on this album. It is a good flagship for the rest of the album and supports the decision to make it the first single.

The last song we’ll touch on is “I Don’t Care.” The song deals with relationship issues and has the potential for a lot of life if it ever goes to radio. The drops, the guitar solo at about two minutes mark, the war of emotions in the song as it was written… all of those things and more make this song a favorite at the National Rock Review compound. It is well-composed, and the band should be proud of the finished product. But, you’ll need to get a few rounds of this CD to fully grasp how freaking awesome the guys are.

If you haven’t picked up one at the local record shop or downloaded your copy from all of the usual outlets, we highly recommend you take a flyer on this one. The quality of this effort makes it a shame we had to wait this long for music this damn good. Hit us up on Facebook, and while you’re there, hit the ‘Like’ button to stay current on all things music from yours truly. Or, hit our Twitter feed and let us know how you feel about the album, the band, or to let us know how the guys are live.