Currently on tour with Drowning Pool and Full Devil Jacket, Russell Allen sat down and gave National Rock Review a few minutes to share the funk.

The Devil Went Down To Georgia (Album Track)
[youtube http://www.youtube.com/watch?v=HjbD0izEFBE] 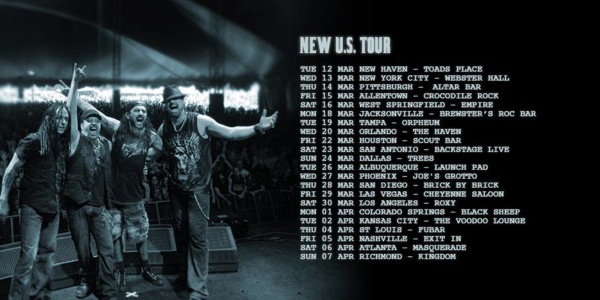 Some of the upcoming tour stops where you can see the Adrenaline Mob live are below. If you see the made skeletons, er men, up close and personal, let us now if you had a personal requested granted by Russell on his daughter’s wedding day. Oh, and what you thought of the show too.