+- is the latest release from Mew out this week. We’re giving away two prize packs consisting ofÂ vinyl, a poster and some other goodies. 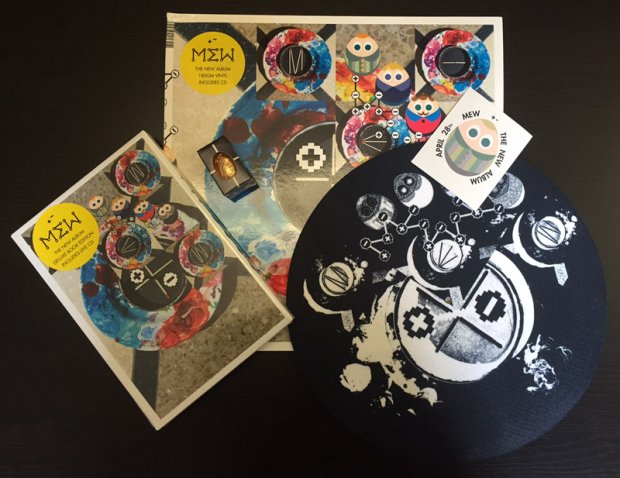 On +-, Mew, consisting of Jonas Bjerre, Bo Madsen, Silas Utke Graae Jorgenson and Jonas Wohlert (recently reunited as its original four-piece with the return of bassist Wohlert), continues to intrigue with its nuances and wonderfully skewed, off-kilter pop brilliance. “Water Slides” sees the band at its exhilarating best, one that takes an evolving, expansive journey that pushes the band’s musical boundaries.

As one writer put it, “+-Â could be one of the finest things the band has ever put their names on.”

Currently on tour in Asia with a full European schedule for this summer, Mew plans to tour North America extensively beginning later this year.

Enter your name and email to beÂ entered to win!