When you’re not sure if you’ve hit on the next big thing or just a really good thing, do what we do. Get your opinions.

Rock Wolves is a new three-piece rock band that has a lot of history behind it. Featuring Herman Rarebell (drums), Michael Voss (vocals/guitar), and Stephan “Gudze” Hinz (bass), the gentlemen released their debut single “Rock For The Nations” on Sep 09, 2016 in digital format. The song is taken from the forthcoming album Rock Wolves out on Oct 28, 2016 through SPV/Steamhammer.

As for a bit of background, their bio says everything in a good, concise manner. “As a drummer and songwriter with the Scorpions, Herman Rarebell was significantly involved in eight of their studio albums between 1977 and 1996, among them classics such as Lovedrive, Blackout, and Love At First Sting. Guitarist/vocalist Michael Voss first caused a stir in the 1980s with groups such as Mad Max and Casanova and his role in Temple Of Rock is not only that of a frontman but also that of a songwriter and producer. When Schenker announced that he wanted to cut down on concerts in the coming months, an opportunity opened for Rarebell and Voss to start a new band together. They soon found the perfect bassist in Stephan ‘Gudze’ Hinz.” 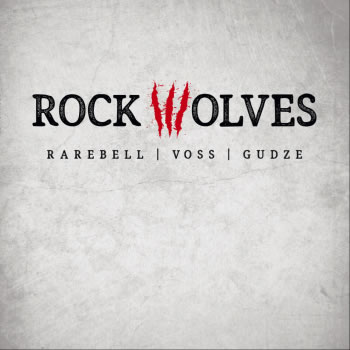 “Instead of delivering tanks and arms all over the world, Germany should concentrate on exporting good rock music,” Rarebell explains the message of “Rock For The Nations.” So, give this Temple Of Rock, Scorpions, Mad Max, Casanova, and H-Blockx tested musical line-up a listen and then head over to Facebook or Twitter and let us know if you like it, love it, or can do fine without it.