Detroit hair metal rockers Artificial Agent continue to prove that their brand of rock and roll is as much about the music as it is about their energetic live show.

The new track “Devil in the White Dress” from their newly released album Programmed to Destroy is full of fist-pumping attitude. Like a wild rock-n-roll maestro, frontman Derek Jendza leads Artificial Agent in a blistering tune which stomps through as many rock and metal sub-genres as possible in just one track.

Guitarist Mike Elgert, bassist Brad Jendza and drummer Karl Crafton race between riff-heavy active rock to the hair-blowing posturing of acid-washed hitmakers of the 1980s. The purple tone that looms over the video ties back to the transparent purple vinyl album that “Devil in the White Dress” opens on.

Filmed at the historic Masonic Temple in Detroit’s Cass Corridor, the video for “Devil in the White Dress” takes advantage of the spooky visuals from the building’s neo-Gothic architecture, which blends perfectly with Artificial Agent’s black-red-and-dead color scheme. 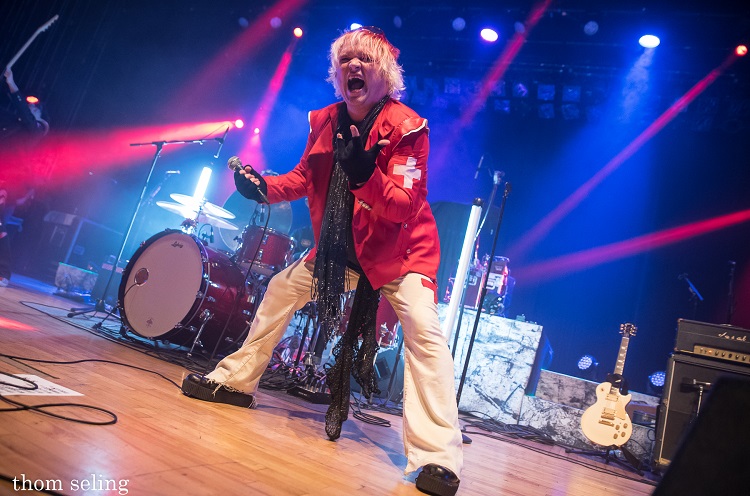