Howie had the chance to chat with front man Tony Foresta from the band Iron Reagan recently and they talked about the a variety of things including how the band got together, the tour they just finished with Napalm Death, the latest CD, the busy year that is shaping up for them and more.

Iron Reagan has been going nonstop since the band formed back in 2012. Their most recent CD, Tyranny Of Will, has been getting rave reviews and their 2015 schedule is filling up fast. The band has just finished up a tour with Napalm Death, Voi Vod, and Exhumed and will be playing the big Berserker II music festival in Ferndale, MI on March 12. Berserker II runs March 12 through 14 at both The Loving Touch and Woodward Avenue Brewery with a free event kick off night on Wednesday March 11th. Please click below to hear the interview with Tony.

The latest CD from Iron Reagan, Tyranny Of Will: 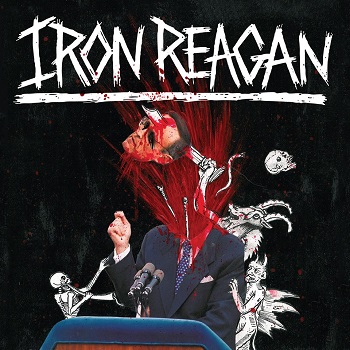