Building a thriving music scene anywhere, is tough. Limiting it to only one genre will make it tougher. MBK is down for the whole city.

When you take regional artists like A-Laz, Sixx Digit, M-dot, and Slit, and you put them together you get My Brothers Keeper(MBK). Each of the fellas traveled his own road to different levels of success until coming together and making a run for the fame and fortune as one unit. Happy to represent the entire city of Toledo, Ohio, the band will play with others in the hip-hop field and metal bands at Quarry Fest 2015. The guys took a few minutes out of a busy schedule to give us the info about the band, the new album, The Funeral, and an example of how seeing through your word can pay out huge dividends.

NRR: You guys are from the Toledo area and have been around since 2014. What’s been going on with the band in the last year?
MBK: In the last year we signed a major distribution deal, released our debut LP, played a few sold out shows, rocked the Gathering of the Juggalos, and now have a few summer festivals to play.
NRR: Hopefully you guys have a great time on stage to close out this strange summer. Are you looking forward to anything in particular at Quarry Fest 2015?
MBK: Looking forward to Quarry Fest as an opportunity to play there in honor of our childhood friend, Krobb, who had passed away a number of years ago at the quarry. Also looking forward to sharing the stage with such a great lineup.
NRR: How does a band/group like My Brothers Keeper get in on a show that is more of a metal feel in its billing?
MBK: We fit right in. MBK is the anti-heroes of hip hop. Our music is not rock infused, but our attitude is metal. They mosh at our shows. And I for one am a metal head, so its not at all out of my comfort zone.
NRR: What is the music scene like for you guys locally with being in the middle of Detroit, Cleveland, and even Chicago?
MBK: Hard. Toledo is full of real talent, but there’s barely [any] studios to record at. There are a couple good ones, [though]. There’s a music scene but its constantly changing, venues opening and closing left and right, MBK has used its resources in the city and outside of it to build a name. All of us have been doing music in Toledo and Michigan for 15 plus years, so our names were built as solo artists already and gave MBK that extra boost. A-laz, Sixx Digit, M-Dot, Slit. 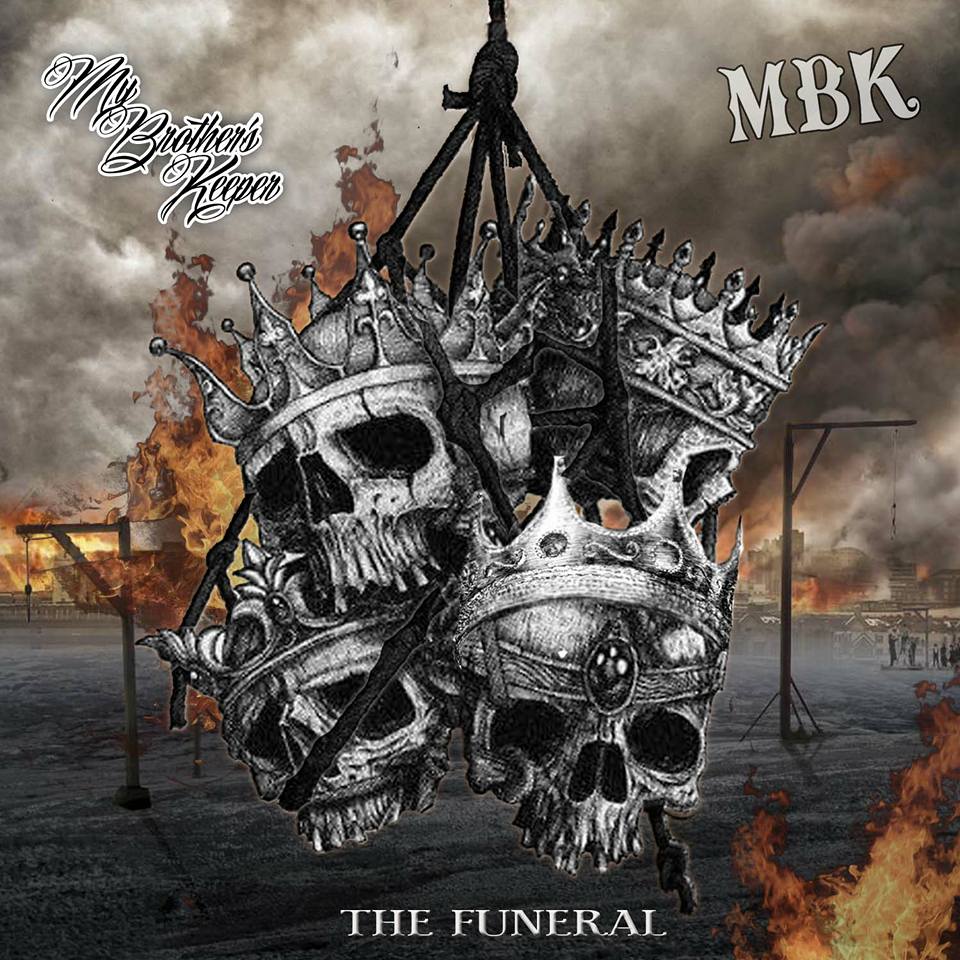 NRR: Tell me about your latest release, The Funeral. What would you want someone at Quarry Fest that hasn’t heard of you before to take away for the CD?
MBK: The raw emotion, the uncut uncensored pictures that we paint of the neighborhoods and city we are from. Just like any other city, Toledo has is negatives and seems to be increasing in crime and heroin abuse. We use our voice to let these evils be heard and known. We have lost too many friends and family to it. Other than that, the CD has some bangers, (laughing). We have a song for everyone on the album, which is why our fan-base is hip-hop heads to medal heads.
NRR: What can we expect from MBK in the coming days after Quarry Fest is again eagerly awaited to, hopefully, come around again in 2016?
MBK: We definitely are down for Quarry Fest every year and are thankful to be a part of it this year. We’re working on new music and new visuals.
NRR: What are some of the influences that help you guys get your own vibe musically and have you gotten a chance to share the stage with any of them yet?
MBK: Bone Thugs n Harmony is a main one from our region. We have performed with them Aug 22, 2015 at Glass City Hip-Hop Festival with Rittz. Were influenced by many genres and sounds, which is why we’re so diverse and try to incorporate it all into our music… Tupac, Guns N Roses, NWA, new Rap, 80s rock all of the above!!

NRR: How important is selling merch for a band like MBK at a show like this, and who comes up with what to get out there for the fans to represent you with?
MBK: Merch is the biggest part of the movement. Branding our name and making it pop out to people is a thing we’ve learned from ICP, Hells Kitchen, and Tech N9ne. The group decides with our merch guy Donny Knottz but the album art was done by A-Laz. Merch is our top priority even if they don’t like the music their going to like the merch, but they’ll like the music, (laughing).
NRR: For anyone that might not have seen you preform before, what can they expect to get from your presence on stage?
MBK: Energy, and chemistry as people tell us. We are known for bringing our own style to the music that the fans love and it’s not the same if one of us is missing. Same with the stage show, we give it our all and we love to do it!
NRR: What’s the most bizarre thing you guys have witnessed so far while be up on stage?
MBK: At our first live performance as MBK is was the OG Festival in Perrysburg, OH. Some of the national headliners didn’t show [and] thousands of people were upset. We went on stage and power went out. Instead of leaving, we waited and so did the crowd and we rocked it! MBK was officially born as a public persona. The crowd loved it and MBK chants were the highlight that night and have been since. 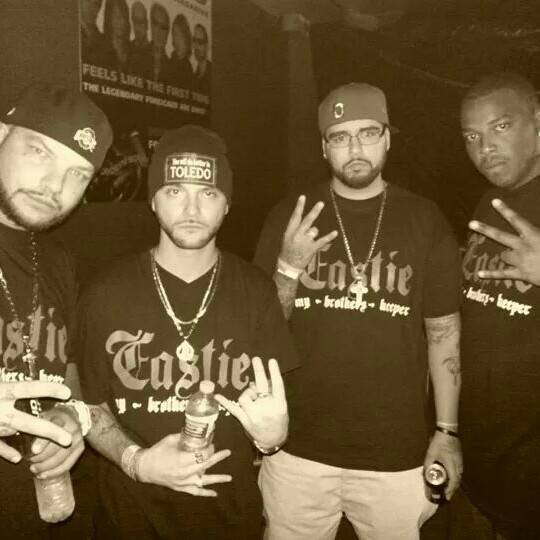