You have to like a band that is in it for the music. Small or big venues work for Neurotic November, that’s respectable for sure.

Dee Dee (Vocals), Nig (Guitar), Roach (Guitar), Bear (Bass), and Hanzel (Drums) make up the hood metal act from Miami, FL, Neurotic November. After a tip, they decided playing Quarry Fest 2015 on Sep 12, 2015 might be a fun trip. Dee Dee gave a few minutes to National Rock Review to talk band history, their sound, and booty shorts to thank him for.

NRR: You guys are from the Miami, FL area and have a good label like Victory Records behind you. What’s been going on with the band in the last year?
Dee Dee: Well, we have been finishing our latest record Fighting Words and have really been taking our time on it. We have done a couple tours here and there but mostly focusing on the record and Victory Records have been really supportive of that and helping us make it the best record it can be. 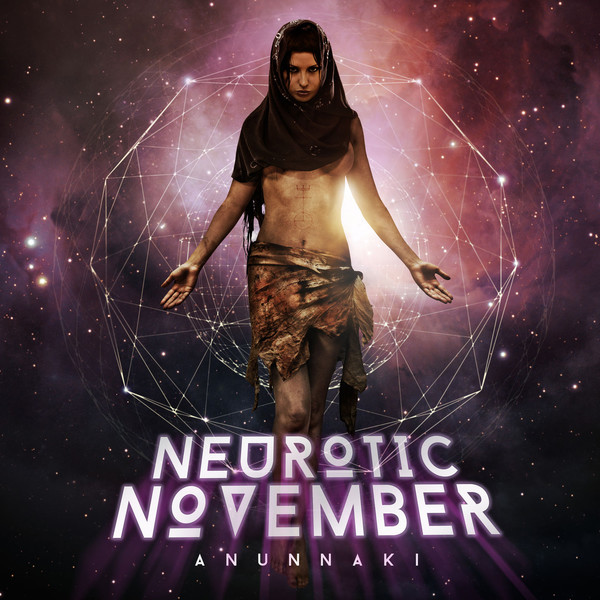 NRR: Hopefully you guys have a great time on stage to close out this strange summer. Are you looking forward to anything in particular at Quarry Fest 2015?
Dee Dee: Thank you and Forbidden, Winters Burden, My Brothers Keeper, everyone really. We love seeing bands live so I can’t wait to see how crazy everyone’s gonna get. This shows going to be intense.
NRR: How does a band like Neurotic November get in on a show that is still a pretty new show, as far as festivals might go, here in lovely Ohio?
Dee Dee: Well, we love playing shows we don’t discriminate if it’s big or small because you never know. The kids at the smaller show maybe crazier than the ones at the bigger show. So when Keith of The Convalescence told us about it and asked us to play, we were all for it.
NRR: Talk to me about the band; how did you guys come together, anything special behind your name, Neurotic November, etc?
Dee Dee: To be honest with you, a friend of mine when the band first started wanted to name it November something because his girlfriendâ€™s birthday was in November. So, after a couple days, he came up with the Neurotic part. He looked over to me and said “Dee Dee what do you think” and I answered “I’m down I just want to play guitar” so we did that for a while. Then we broke up and a couple years later met up with Bear and some friends and we started a band but kept the same name because it fit what we we’re doing. Come on, we are pretty neurotic.
NRR: Do you guys currently have any albums out or about to drop and if so either way, what can you tell me about it?
Dee Dee: We have a full length album called, Anunnaki, which was basically building up to what we have now. Our newest record, Fighting Words, will be out everywhere Sep 18, 2015. The music is harder and the raps are more intricate, and some are faster than the last record. It’s by far our best work yet.
NRR: What can we expect from Neurotic November in the coming days after Quarry Fest is again eagerly awaited to, hopefully, come around again in 2016?
Dee Dee: Of course. We come to Ohio at least twice a year and we’ll be playing some newer stuff that we hope everyone enjoys.
NRR: What are some of the influences that help you guys get your own vibe musically and have you gotten a chance to share the stage with any of them yet?
Dee Dee: That’s really funny because we shared the stage with most of them a week ago. Living in Miami, FL most people that like metal like rap so to mix it was a no brainier. We pulled our influences from bands like Emmure, who we’re on the same label with, Attila, Chelsea Grin, Sworn In, Slipknot and many others. And for rappers Hopsin, Jarren Benton, Waka Flocka Flame, Tech N9ne, and Twiztid. We shared the fest with them at The Gathering Of The Juggalos last week. There were Multiple stages so we didn’t play the same stage but we were on the same fest. Childish Gambino, Drake, Meek Mills and many others

NRR: How important is selling merch for a band like Neurotic November at a show like this, and what’s the most impressive items to sell for the band?
Dee Dee: Very important, not just for us but for all bands. We really want to get our name out there and the best way is through merch. And I would say the booty shorts. Theyâ€™re not impressive when you see them on our table but when you see them on a nice butt, you can thank me later.
NRR: For anyone that might not have seen you perform before, what can they expect to get from your set on stage?
Dee Dee: A lot of crazy guitar swings, rapping, gymnastics and a lot of things that may kill a normal human being. I suggest you check it out and tell us what you like and don’t like about it. Feedback only helps us get better for the next time.
NRR: I see what you did there, (laughing). On the road, what’s the one thing people will fight to the death over for the last whatever? Beer, burger, shower ticket, etc, (laughing)?
Dee Dee: To be honest we never really fight about that stuff. We always try to give the last one of something to someone else. We do argue about who we think is the best band/rapper/breakdown/guitar solo/bass player/drummer. Those are the fights that get crazy. But I guess that’s what happens when you get five musicians in a van alone together.