Howie D. recently had a conversation with Nick Jett, drummer for Los Angeles hardcore band Terror. They discussed the bands influences from the New York hardcore scene, approaching the fifteen year mark, the chemistry he has with singer Scott Vogel, the new album, details of the current tour being postponed due to injury, and more.

Terror emerged onto the L.A. hardcore scene back in 2002 and has been steadily making a name for themselves since. The band has just released their sixth studio album, The 25th Hour, and have plans to start touring beginning in the fall. The band was originally scheduled for dates in August and September but, due to an injury with frontman Scott Vogel, those dates had to be postponed and rescheduled. The also have plans for a European tour starting in January 2016.

The interview with Nick Jett from Terror:

The 25th Hour, the latest release from Terror: 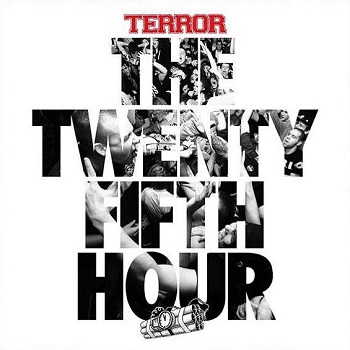