Howie D. from Hard Edge Radio and National Rock Review recently had a conversation with Nick Holmes, front man for the band Paradise Lost. They discussed the small amount of band members they’ve had over the years, being hailed as the pioneers of goth metal, memorable moments from the past, the new CD, and more.

Paradise Lost is getting ready to release The Plague Within (Century Media), their 14th studio album as a band. The new CD is said to be a good mix of all the different sounds and styles that the band has embraced over the years. The new CD will be available June 2nd here in the US. As far as touring, the band currently has some European festival dates booked as well as some dates in Europe and South America later this year. Nothing set yet as far as a North American tour, but they are hoping that will happen in the near future as well.

The Interview with Nick Holmes from Paradise Lost:

The Plague Within, the upcoming new CD from Paradise Lost: 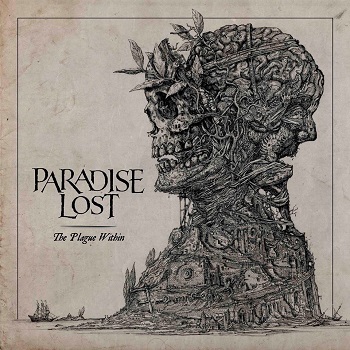