Oceans once divided countries. Now, with the internet and enough passion, bands across the seas can still find a home in the music scene here.

Mathias Court (vocals), FrÃ©dÃ©ric Wah (guitar), Martin Dupraz (bass), and Julien Louvion (drums) make up the French four piece, Paerish. With a couple of monster singles out and a tentative album, Semi Finalists, coming out some time this year, the guys are already quite busy this year. Mathias and Martin were kind enough to get away from Scottish drinks and Robin Williams movies to give us a few minutes of their day. We touched on their music and style, some of their inspirations, and a few other things you’ll just have to investigate for yourselves.

So, enjoy the ride and let us know what you think. Hit us on Twitter or go to our Facebook and after you hit ‘Like’, let us have it!

NRR: Thanks for taking some time out to answer some questions for National Rock Review. What’s been going on with the band, PÃ†RISH, so far in early 2016?
Mathias: Itâ€™s been amazing! In less than three months, we have been playing with some of our favorite bands. A sold out show with Silversun Pickups, and amazing gigs with The World Is A Beautiful Place And Iâ€™m No Longer Afraid to Die, Mewithoutyou, and Turnoverâ€¦ itâ€™s a great way to start 2016!
Martin: Our single â€œUndoneâ€ reached 2.5 million plays on Spotify, itâ€™s an amazing way to start 2016, in addition to all these great gigs. Weâ€™re really lucky and we thank the Spotify team all the time!
NRR: You have a new single out, “Undone,” as you stated a second ago. What can new fans expect from the newly released track before adding to an impressive Spotify play count?
Mathias: “Undone” is the first single from our debut album, and itâ€™s been doing really great on Spotify. Itâ€™s a slow and dreamy song, with fuzz guitars and some shoegaze influences in it. We also released a second single called “Then People Forget” which is a faster and more aggressive song, with a punk rock vibe that people will be able to find in others songs on the upcoming album.
NRR: Okay, I see a hundred new band names a year, but your moniker is definitely unusual. How did a Robin Williams movie come into play and if I’m not mistaken, that wasn’t the first name of the band, correct?
Mathias: Thatâ€™s right. For a few years we have been using a different name which was harder to both pronounce and understand, especially for our french fans. So after our album was mixed and mastered, we felt like it was the right time for a fresh start, and we quickly chose PAERISH as a reference to Alan Parrish in JUMANJI. That character is a kid confined in an adult body, and that is a good way to describe the members of this band. And weâ€™re all huge fans of Robin Williams, obviously!
NRR: Was packing up from small towns around Paris and moving to the iconic French city as glamorous as some romanticized stories might try to make that out to be for you guys?
Mathias: Well, Paris is clearly the right place to be when youâ€™re a French artist as it is our biggest and most cultural city by far. I guess for French people, Paris is not the romantic city that people tend to see on post cards, but for us it has been the most amazing place to meet musicians, sound engineers, promoters, cinematographers and mostly: it has inspired us so much throughout the years.
Martin: As we live in Paris, we get bored of the city sometimes, but every time we leave for a while, weâ€™re so happy to come back to Paris because we forget the opportunity we have living in that beautiful and inspiring city.
NRR: We’ve recently lost a few big names in music starting with Scott Weiland and Lemmy to Bowie and Fry passing as well among others. Did any of those very talented artists have any influence in your own careers even though some weren’t exactly European sons?
Mathias: David Bowie is my motherâ€™s favorite artist and she has been playing his records since I was a kid. It really felt unreal we he passed away, as Iâ€™ve always seen him like a supernatural being, or a movie character. But Iâ€™m pretty sure weâ€™ll be hearing his songs at least for the next 50 years!
Martin: My brother listened a lot to the Stone Temple Pilots when I was a kid, he was older than me and he introduced me to all these grunge bands so when Scott Weiland died, it was upsetting. My brother passed away a few years ago, so when someone he used to love passes away too, it really hits home.
NRR: When you first formed, were the plans already in place as to writing/preforming material in French/English or both?
Mathias: In France there really is a border between those who sing in French and those who start singing in English. I personally grew up listening to hundreds of foreign bands (American, Scottish, English, Australia, etc), and only maybe two or three French bands. So singing in English became natural when I first grabbed my guitar as kid, but I do sometimes write lyrics in French before translating them in English.
NRR: The Eagles of Death Metal recently returned to finish a set that was tragically interrupted not too long ago. How did what happened that night effect the Paris music scene?
Mathias: This night has affected so much more than our music scene. To me personally, it was one of the worst days of my life, and it feels even worse knowing that our country is still one of the biggest targets for terrorism. Hundreds of people were either wounded or killed, and France has extended the countryâ€™s state of emergency for months to come, so I feel like itâ€™s never going to be the same anymore.
Martin: A few days after this tragic night, we saw Wavves in a small venue in Paris and it was one of the greatest gigs Iâ€™ve ever seen. The crowd was so excited, everyone wanted to celebrate life, music, and that gig was really fun for everybody, even the band. It was like everyone wanted to celebrate life, music, and rockâ€™nâ€™roll, it felt so good.

â€œWe love Robin Williams and his characters. Itâ€™s kind of a tribute to who we are. We are all kids from the 90s, weâ€™re all big fans of Blink-182 and that kind of humor. The character of Alan Parrish is a kid whoâ€™s imprisoned in an adult body. Heâ€™s still like a kid, even though he looks like an adult. Like the four of us.â€ ~ Mathias Court 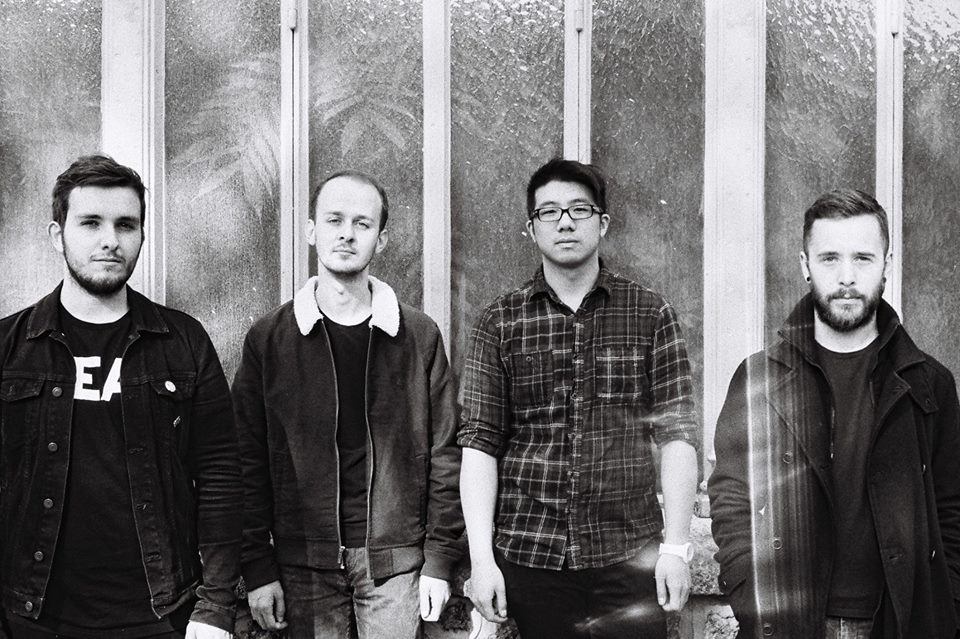