Howie D from Hard Edge Radio and National Rock Review recently caught up with bassist Gary Mader from Eyehategod. They talked about the bands new CD, the way he spends his down time in between shows and recording, the plans for the rest of the year for the band and more.

Eyehategod has just release their latest album, a self titled CD, and they are currently touring in support of it. The album is getting great reviews from industry folks and fans alike. This album was seven years in the making and the bands feels it’s their best effort yet. You can catch them on tour all over the country in the coming months. Please click below to the interview with Gary Mader from Eyehategod.

The interview with Gary:

The new, self titled CD is available on Amazon. 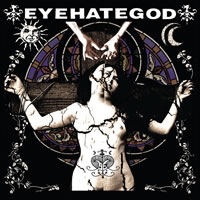