Howie D. from Hard Edge Radio and National Rock Review chats with singer Lacey Sturm. They talk about her main vocal influences, the new album, and how she feels to be the first female solo artist to hit No. 1 on the Billboard Hard Rock Albums chart. She further discusses her goals as a solo artist and offers advice to the future mothers and wives in rock n’ roll on striking a healthy work/life balance.

Lacey Sturm is a co-founding member of the band, Flyleaf, and contributed to their first several albums before she decided to take time off to have her son. Back now in full force from her break, Lacey has just released a solo album titled, Life Screams, and will be hitting the road for a series of dates as we move forward through 2016.

The interview with Lacey Sturm: 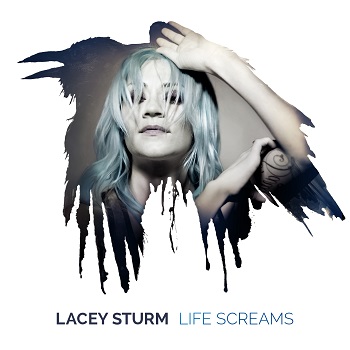 Impossible, the new single from the album Life Screams: