Things come and things go. In metal, things never stay the same, at least, until they come full circle. Just read the piece, trust us.

David Davidson (guitars), Dan Gargiulo (guitars), Brett Bamberger (bass), and Ash Pearson (drums) make up the Boston, Massachusettes-based death metal/thrash metal band, Revocation. Formed in 2006, the guys have rarely rested long enough to get old. Now with a re-release of Empire Of The Obscene coming soon on Metal Blade Records, having just played Full Terror Assault 2015, and going soon into writing mode, we got a chance to catch Dave for a minute or two about all of those topics and even a misguided “fan”. Have fun with this one!

NRR: What’s been going on with the band, Revocation, in the last year to catch the Full Terror Assault fans up to speed?
David Davidson: We’ve been doing a ton of touring this past year in support of Deathless. We’ve traveled all across the U.S. and Canada multiple times and did a seven week long tour in Europe. We also played some shows in Southeast Asia and even did a short tour of Australia. This was definitely the busiest year we’ve had as a band.
NRR: Hopefully you guys have a great time on stage this year. Are you looking forward to anything in particular at FTA?
David Davidson: I’m stoked to play an open air festival in the states and excited to watch a bunch of killer bands.
NRR: Ok, time for the dreaded question(s). What’s the beginning history of the band, what are some of your musical influences, any meaning behind the name, etc? 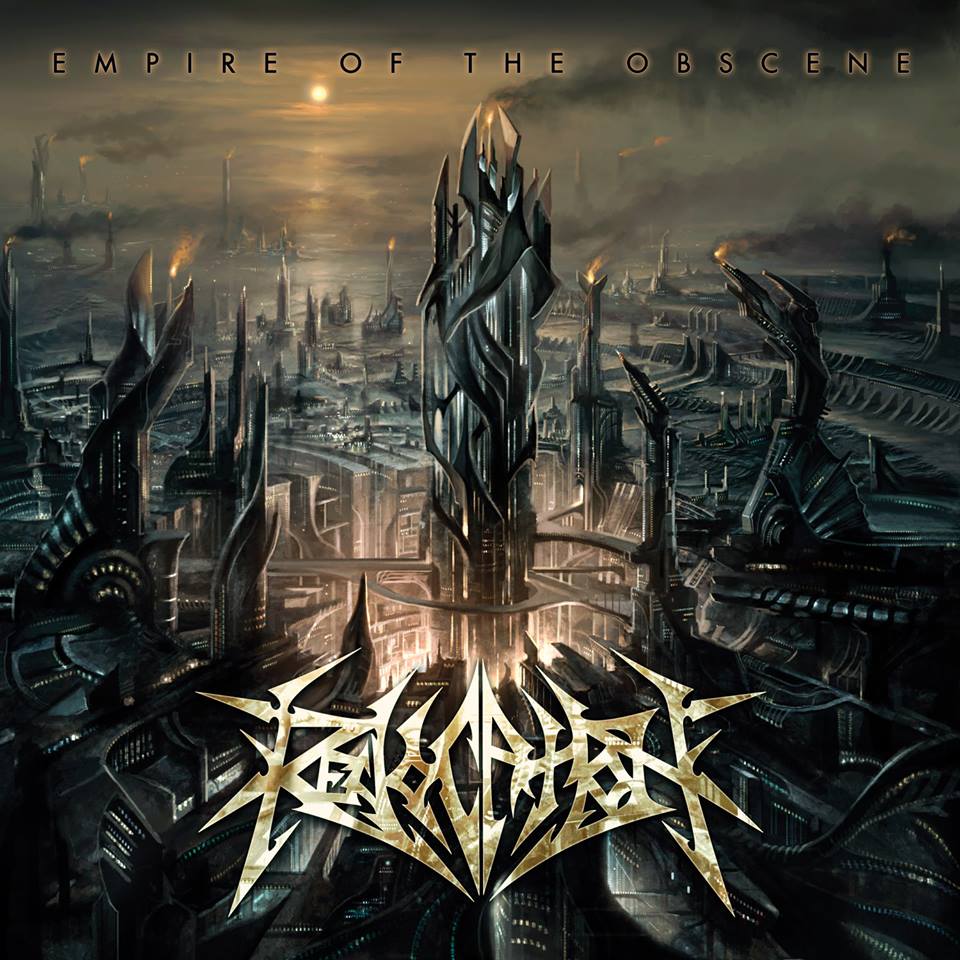 David Davidson: We released our first demo, Summon The Spawn, back in 2006 and a few years later we self released our debut full length record, Empire Of The Obscene. That was the record that caught the attention of Relapse and eventually we signed with them in 2009. Since then we’ve released four full length records and an E.P. We just recently signed a new deal with Metal Blade [Records] to re-issue our debut record so everything has come full circle. Musically we’re influenced by a lot of different bands ranging from Exhorder to Gorguts. Everyone’s got a diverse taste in music so I think having that diversity brings a lot to our sound.
NRR: You guys did a cool limited run poster. What brought that idea to life and how does someone snag one, (hint, hint)?
David Davidson: We wanted to have some limited edition merch items for this tour, something special only for the fans that came out to the shows. Best way to grab one is by coming out to a show since we won’t have them up online.
NRR: Fair enough. Is there a definitive line in the sand of success that you notice as you become an influential source for that next wave of hopefuls just starting out?
David Davidson: It’s hard to say because we live this lifestyle day to day and moment to moment so it can be difficult to take a step back and see those definitive moments. I will say that I knew things were picking up for us when I would see Revocation shirts in the crowd at metal shows that we weren’t playing, that’s always a good sign when you see people wearing your merch.
NRR: What can we expect from the band after FTA is a dark, slithering dream of a sleeping metal giant until 2016?
David Davidson: We’ll be on the road for a few more weeks after FTA and then we’ll be going into writing mode for the rest of the fall.
NRR: Is there a band or bands on this year’s FTA line-up that you are looking forward to seeing as fans?
David Davidson: Stoked to watch Gruesome, EYEHATEGOD and Obituary.
NRR: You guys are one of the more established bands playing FTA this year. Is the merch table as important to you now as say when you were first starting out?
David Davidson: It’s more important now than ever before because that’s really how we make money on tour. I take a lot of pride in our merch and I contact many of the artists personally to go over concepts and design ideas. Our merch table is looking pretty stocked right now since this is our headline tour, we like giving our fans a lot of options to choose from. 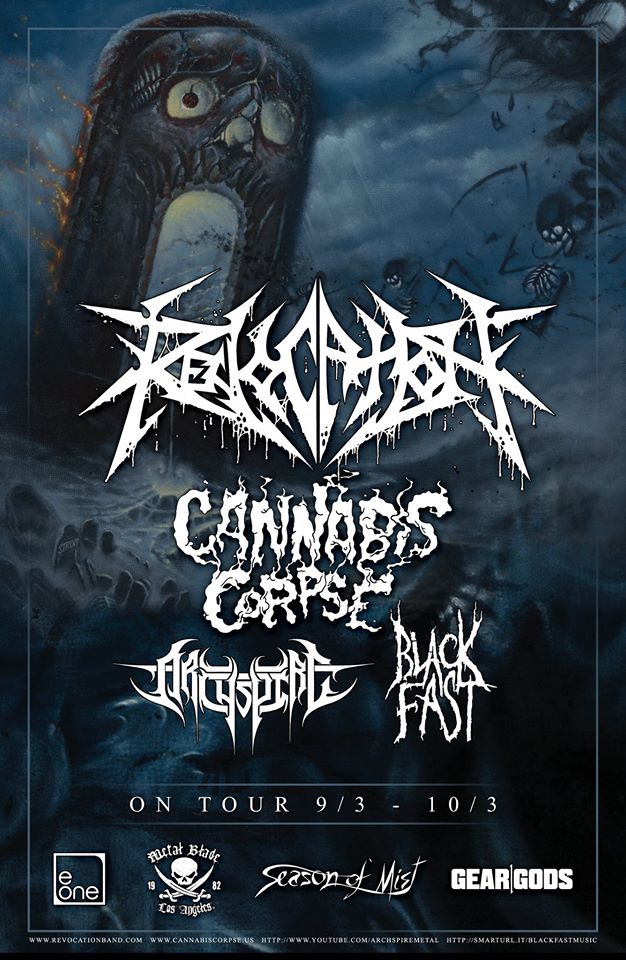 NRR: For you guys, what is the magic between you and the crowd? Is it just the need to have fun, the stage prsence, or all that and more?
David Davidson: When the crowd is super energetic we feed off of that excitement and sometimes we are the ones the breath a little life into the crowd so it’s a symbiotic relationship.
NRR: In the time Revocation has been around, what might be the most bizarre, strange, or simply hilarious experience that comes to mind? A Spinal Tap moment if you will?
David Davidson: One of the more bizarre moments that we’ve had on tour was when we crashed with this fan after a show. It turns out he thought we were 3 Inches Of Blood because we were on tour with them at the time. We showed up at his house and started referring to us as 3 Inches and we all felt awkward as hell but just decided to roll with it. I went to bed and was woken up by him scolding me for “tricking” him, as if it we pulled this grift on all the unsuspecting 3 Inches fans when in reality he apparently had no idea what his favorite band looked like at all. He ultimately let us stay the night and we immediately dipped out the next morning. Ironically Ash from 3 Inches of Blood is our new drummer, maybe we’ll hit him up for a place to crash next time…