The frozen fields of the Green Bay tundra can be cold and uninviting. At least the flying from Micawber will keep you body bloody warm.

Leighton Thompson is a machine when it comes to all things Micawber. The band from Green Bay, WI is still trumpeting their latest album, The Gods of Outer Hell. They are heading to Full Terror Assault 2015 in the continuation of that support. Leighton gave a few minutes of his time to National Rock Review to give us an idea of what to expect in a short amount of time. Let us know what you think in the comments below.

NRR: What’s been going on with the band in the last year to catch the Full Terror Assault fans up to speed?
Leighton Thompson: So far this year we’ve released our current album, The Gods of Outer Hell, completely DIY, completed several tours in support of that album including a US/Canada run supporting Sepultura on their 30 year anniversary tour and have been steadily writing for the next album.
NRR: Hopefully you guys have a great time on stage this year. Are you looking forward to anything in particular at FTA?
Leighton Thompson: We are really looking forward to the opportunity to play for a bunch of new people from all over the country, traveling to the festival who haven’t heard of us before. Of course, most importantly we’re looking forward to partying with everyone!

NRR: Any news on your LP? Where can someone one of your EP’s if they were curious to hear them?
Leighton Thompson: We just released our full-length album The Gods Of Outer Hell in late January, so we are currently riding on that. However, we have also been in the writing process towards the next album. We will have The Gods Of Outer Hell available at our merch booth at FTA or it can also be purchased online.
NRR: There seem to be two camps with this show. If you had to swear allegiance to one of them, do you go whiskey or beer?
Leighton Thompson: Whiskey.
NRR: If FTA rolled out the red carpet, for anyone, that you guys would want, is there anyone you’d love to have onstage for a song or two, and if so who might it be?
Leighton Thompson: Lemmy.
NRR: What can we expect from the band after FTA is a dark, slithering dream of a sleeping metal giant until 2016?
Leighton Thompson: Once we are done with FTA and this tour starting from it, we plan to get back to the writing game and also keep a steady tour schedule along with that. We have a few tours for early 2016 already in the works, so keep your eyes peeled!
NRR: Is there a band or bands on this year’s FTA line-up that you are looking forward to seeing as fans?
Leighton Thompson: Obituary, Gruesome, Black Fast, Cannabis Corpse, Revocation, Iron Reagan and probably a ton more that I forgot about!
NRR: As a band, you’ve already seen a few line-up changes. Does it get hard to deal with, or is it something you know is possibly part of the deal when a band first gets together? 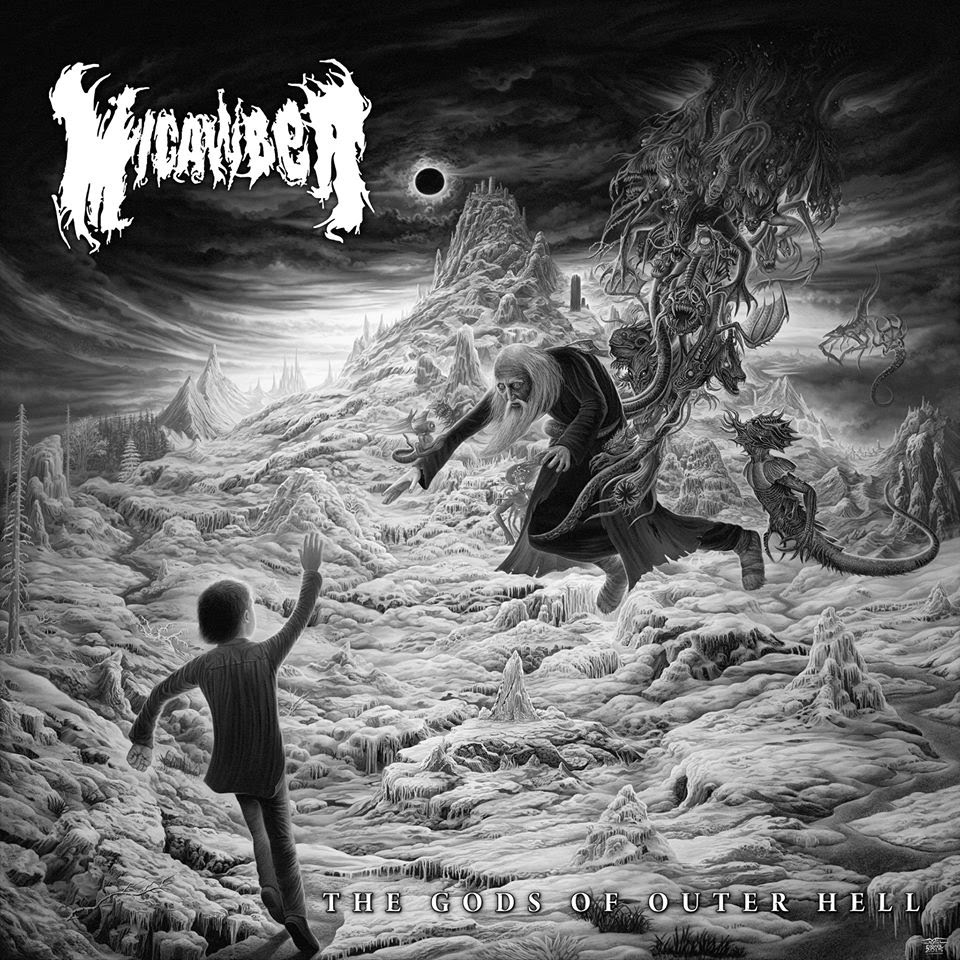 Leighton Thompson: Yeah, we’ve had a few, but we keep on givin’er! We’ve finally locked in a full-time guitarist which we’ve been without for almost a year now and getting by with just four fill-ins. We feel like we are at our strongest point right now with everyone on the same page and we are really looking forward to hitting the road as a full band again!
NRR: Being from the frozen tundra of the Green Bay area, are any of you guilty of hoping a few season ticket holders travel the Rainbow Bridge so you could snag a couple seats on the 50 yard line, (laughing)?
Leighton Thompson: Yea that would be cool! But for now we will sit in our shitty local tavern and watch from there!
NRR: The band is pretty focused on growing the fanbase. Does merch help to do that and is important for the band’s health, period?
Leighton Thompson: Merch definitely helps! For all those times you deal with a promoter that doesn’t know what the hell he’s doing and gives you five bucks for gas, hustling a few t-shirts and CD’s can be the matter of getting to the next show or not. The key to touring as much as we do is having a ton of merch.