When you want music so badass, that you’ll stop at nothing until your neck is sore, your ears are ringing, and you’re definitely HellBent.HellBent is a five piece metal band based between the Atlanta, Ga and Auburn, AL areas. HellBent is David Pruitt (vocals), Mike Daniels (guitar), Andy Davis (drums), Kenneth Cordell (bass), and Chet Powell (guitar). HellBent is signed to Swimming With Sharks Records. HellBent attempts to write straight forward, heart pounding music that allows for easy aggression release when listening to. Let’s hope the guys showed all that and more when they opened up at Full Terror Assault 2015. The show is over, but the guys did well enough, that we figured they earned a little after the fact National Rock Review love. Enjoy the read.

NRR: What’s been going on with the band last year to catch the Full Terror Assault fans up to speed?
Mike Daniels: HellBent released our second album, There Will Be Violence, in March of this year and released the music video for “There Will Be Violence” earlier this month. We did a Southeastern tour to support the new release as well. 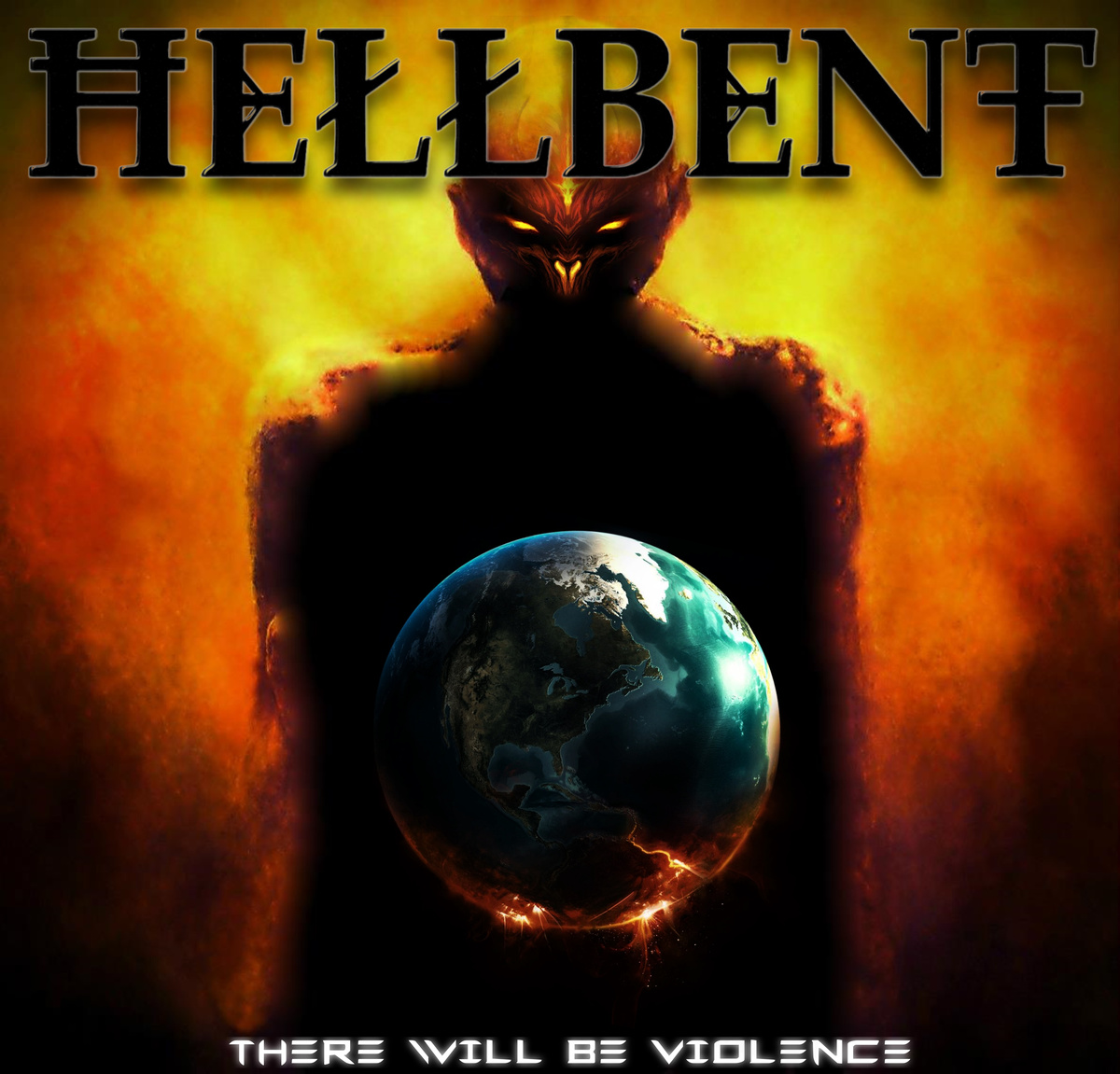 NRR: Hopefully you guys have a great time on stage this year. Are you looking forward to anything in particular at FTA?
Mike Daniels: Yes, HellBent is very much looking forward to not only playing FTA, but being the very first band to kick off what we feel will be a historic event and festival in years to come.
NRR: How did the song “There Will Be Violence” become the song for your recently shot video?
Mike Daniels: It is the title track from our new album. Honestly, we had a hard time choosing which song to shoot the video for, (laughing). We felt like “There Will Be Violence” would be best because it is the title track and many have expressed their fondness for it.
NRR: Tell me about the band. How did you guys start out, anything behind choosing the name you did, etc?
Mike Daniels: David (vocals) and Mike (guitar/writer) started writing music together in 2005. HellBent was a studio project at that time. We decided to make it a live band. The name came from an episode of Rush Limbaugh actually, (laughing). Mike was listening to it during lunch one day and Rush was talking about something and said someone was hell bent on it. No matter how hard others tried to stop them they wouldn’t back down. So he felt like that also described our attitude and vision.
NRR: If FTA rolled out the red carpet, for anyone, that you guys would want, is there anyone you’d love to have onstage for a song or two, and if so who might it be?
Mike Daniels: Any of our influences like Devin Townsend, Lamb of god, Pantera, or BLS just to name a few.
NRR: What can we expect from the band after FTA is a dark, slithering dream of a sleeping metal giant until 2016?

[youtube http://www.youtube.com/watch?v=CCkFTQlA5z8] HellBent – There Will Be Violence – Official Music Video 2015

Mike Daniels: You can expect more. We are always working to write and perform at the highest level. We are currently working on adding a lot more to our show. It’s a secret for now though, (evil laughing).
NRR: Is there a band or bands on this year’s FTA line-up that you are looking forward to seeing as fans?
Mike Daniels: Hell yeah! EVERY SINGLE ONE of them. This line up is insane. Its going to a dream to both playÂ and watch all these guys do their thing!
NRR: Not sure how long you guys have been around but is the merch table as important to you now as it is for a new band even being signed to a label as you guys are?
Mike Daniels: Yes, merch sales get us from one show to the next. We hate it, but that is the reality of it. We try to keep our prices very low because more than anything we want people that enjoy our music to be able to go home with a CD and shirt for less than $20. But it is very important.
NRR: For you guys, what is the magic between you and the crowd? Is it just the need to have fun, the stage presence, or all that and more?

Mike Daniels: We feel that people connect with our music more than anything. We aren’t a band that lives off a flash. It’s about the pulse. We hear it from people all the time. We see our music as more of a soundtrack that plays all the time rather than a CD you just pop in to hear one or two songs off of.
NRR: What has been the hardest thing to learn so far as a band since you started out as a band?
Mike Daniels: Honestly, the political nature of the music business. You would like to think that everything and every is logical, but it isn’t. So that’s why we do this for us and our supporters. We are just some guys that know how to make organized noise that others like. That’s the mindset that we try to have at all times. This is and never was about money or fame. It’s about giving to each other and our friends/fans.