Think for yourself. Coathanger Abortion certainly lives by that creed since forming. Scott and Johnny lay it all out for us at National Rock Review.

Scott McMasters (Drums), Jonathon Downer (Guitar), Ryan West Coulter (Bass), and Robby Wooten (Vocals) make up the Southern-fried, death grind band, Coathanger Abortion. Out on tour, promoting their new album, Observations of Humanity, on Comatose Music, and getting ready to play Full Terror Assault 2015 in a few weeks, it’s a busy time for the guys. Scotty and Johnny took a few minutes out of rehearsal to sit down with us and answer some burning questions. Enjoy the interview below.

NRR: What’s been going on with the band in the last year to catch the Full Terror Assault fans up to speed?
Jonathan Downer: Robby Wooten had a baby girl a few months ago, we also released an album at the beginning of the summer, Observations of Humanity. Terry, our original guitarist and founding member, had to quit last summer right before our tour with Devangelic and Lust of Decay, and have done a few shows here and there.
Scott McMasters: I agree with all that. That stuff happened.
NRR: Congrats on the new youngin. Hopefully, you guys have a great time on stage this year. Are you looking forward to anything in particular at FTA 2015?
Jonathan Downer: Napalm Death and a good turnout!
Scott McMasters: So many rad bands, camping and roaming at night, BYOB, fires, alcohol, and of course friends.

NRR: When did the debut CD, Dying Breed, come out on Comatose Music and if it’s been a minute will there be any new material for the crowd in September?
Scott McMasters: It came out in 2009. We just released our second full LP, also on Comatose Music. Half our set will be from Dying Breed and half will be from Observations of Humanity.
NRR: How did the band originally form, what was the local scene like in Chattanooga, TN for you, and how did the moniker for the band get picked, out of curiosity?
Scott McMasters: Jay and I started in 2000 and had been in different bands together in high school. The scene was starting to come back from the lack of one, in the late nineties. After a few years, we really helped push it to the totally awesome scene it is today.
Jonathan Downer: As for our moniker, Scott will answer that.
Scott McMasters: Thanks, Johnny, that was between our friend, Frank and myself. We were trying to be the sickest and Frank won. The name started as a joke, then it just stuck.
NRR: Explain to me what is Southern fried death grind. What will that translate into on stage for the crowd Sep 10-12, 2015?
Scott McMasters: We’re southern, we’re fried, and we play death/grind, which it a hybrid of death metal and grindcore.
Jonathan Downer: And we haves some slamzzz…
NRR: What can we expect from the band after FTA is a dark, slithering dream of a sickened pox marked Roma until 2016?
Jonathan Downer: We’ve got some things in the works and we’ve got some plans.
Scott McMasters: I agree, we do. I’ll elaborate. We’re working on new material, we would like to record a covers EP or split, and also get another full length out in the next year or two.
NRR: Do you see the European metal scene as more enthusiastic than the scene at home or do you guys get all the love from everywhere you go regardless?
Scott McMasters: We haven’t played Europe yet.
Jonathan Downer: We couldn’t judge that, I assume it’s the same, but we hear it’s nice in Europe.
Scott McMasters: From what I’ve seen on video, I believe it is a better scene.
NRR: Sorry about that, thought you had been with all of the German and Russian reviews! Is the merch table as important to you now as say the early 00s when you were first starting out and has there even been a merch idea you just had to turn down?
Jonathan Downer: It’s probably more important now than ever for financial reasons so we can have more of a selection available. We have turned down the cozy idea, sweat bands, and many others, but we do sell onesies for babies by custom order.
Scott McMasters: I would say it is directly proportional. As we have done better over the years we have been able to do so, as well, with the merchandise. But I’m with Johnny on what he said, too. 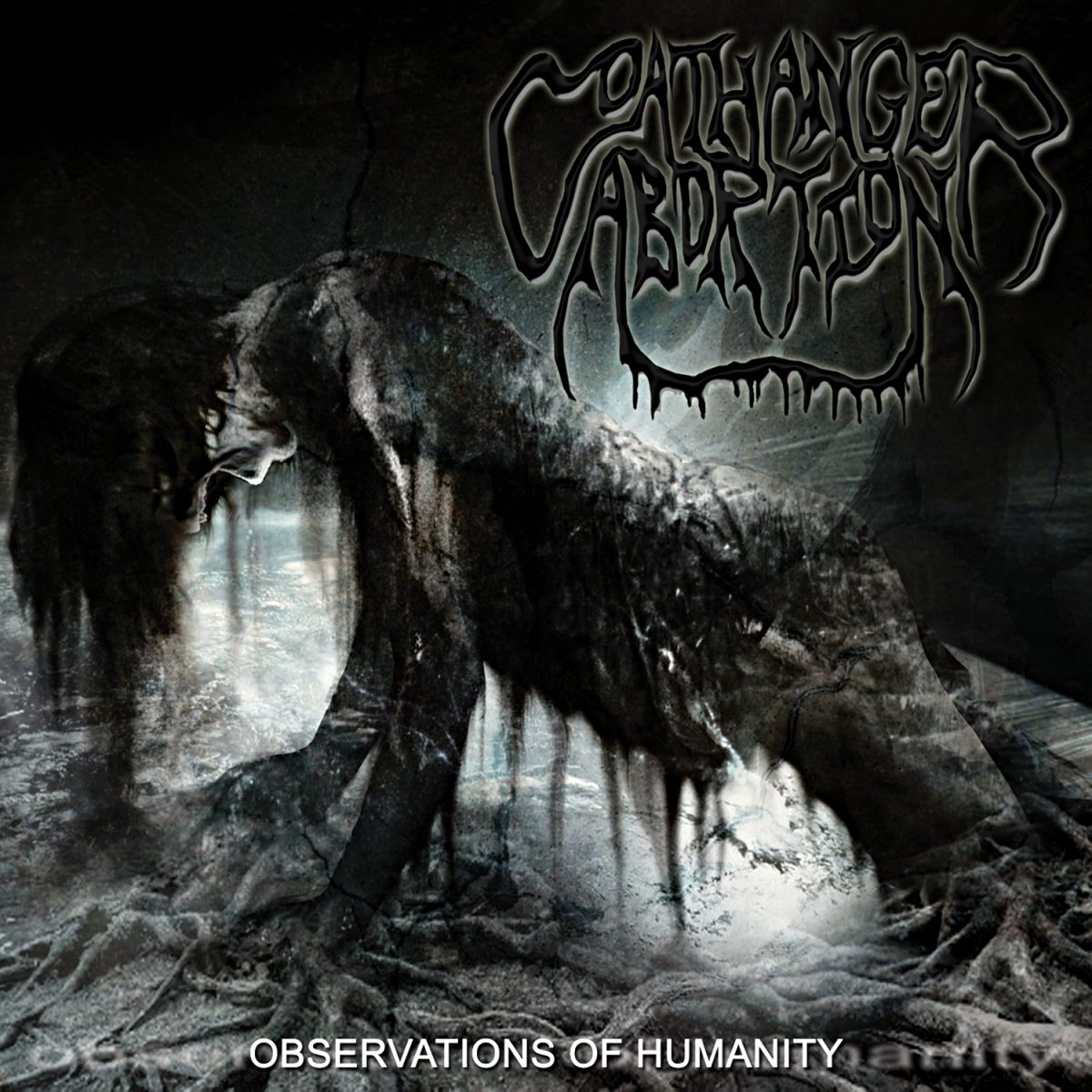 NRR: I saw a pancake photo posted to your page on Facebook, and your fans are some sick, perverted fuckers, and that’s perfectly fine by my own twisted sense of humor. Is there ever anything though that does cross the line or is everything fair game all the time?
Jonathan Downer: If you think that’s some shit, keep scrolling because our fans seem to get a trip out of some really weird shit. When it goes too far, Facebook lets us know about it.
Scott McMasters: I always strongly urge people to “think for themselves,” which has been a message from the band’s inception.
NRR: In the many years Coathanger Abortion has been around, what might be the most bizarre, strange, or simply hilarious experience that comes to mind? A Spinal Tap moment if you will?
Jonathan Downer: Scott almost getting run over by a motorcycle at Las Vegas Death Fest 2012. Forgetting Ryan at the gas station in Beaver, UT in 2014 while on tour.
Scott McMasters: I can’t remember, there are so many. The first thing that comes to mind is puking off the second story balcony in New Orleans. It was so much, like a waterfall. Then I was mad at Jay for not recording it.
Jonathan Downer: But we did get a picture of Scott doing an upper-decker in a toilet outside. That was my first out of town show with the band.