Sexual sadism, asphyxia, drugs, murder, and ruthless beatings, it’s either Friday at the National Rock Review compound or Asphyxiator is up on deck next!

Miguel “GoreGrinder” Medina (vocals/programming), Frank “Arte Mortifica” Garcia (guitar), and Rafael Diaz (bass) are three interesting dudes from Chicago, IL that make up the band, Asphyxiator. National Rock Review caught up to the guys while they were getting ready for Full Terror Assault 2015. Eternal Eclipse Records is the label sick enough to put out their album, Inhaling Fluids of Thoracentesis. We like it when we’re not the sickest anymore, but we’ll take that title back eventually. Sit down, buckle in, and hold on for this ride err… interview, but you knew where we were going.

NRR: What’s been going on with Asphyxiator in the last year to catch the Full Terror Assault fans up to speed?
Rafael Diaz: I believe Miguel and I have always kind of joked and toyed with the idea of playing bass for the band. Knowing him for many years as well as Frank. One day it just all came together really. We got ready in a brief amount of time for a gig with Corpsefucking Art, Kataplexy, and a few other local bands as well. We then went on to the very first Domination fest and spent the rest of the year working hard on the new music and recording of the debut album.
Frank “Arte Mortifica” Garcia: Back in June 2014 I was asked by Miguel Goregrinder to fill in for guitar to play the first Chicago Domination Fest in July. Soon after we decided to record the first album. Rafael and I spent the majority of the Winter working and recording the instruments. We finally tracked the vocals in late February 2015. We played the second Chicago Domination Fest in June 2015.
Miguel GoreGrinder Medina: 2014-2015 was by far Asphyxiator’s most productive period to date. Throughout the band’s ten plus year existence there has been a constant revolving door of members which was finally resolved when I asked longtime friends, Frank, and Rafael, to officially join up for what originally was meant to be one or two shows it then ended up with them as full-time members. In that time we’ve written and recorded our debut album Inhaling Fluids of Thoracentesis and played a handful of high profile gigs and shared the stage with the likes of my long time favorites: Devourment, Gorgasm, Necrophagia, Unmerciful, Corpsefucking Art, Viscera Trail, Putrid Pile and many more. Now we’re preparing to close out the year at the first annual Full Terror Assault Fest.
NRR: Hopefully you guys have a great time on stage this year. Are you looking forward to anything in particular at FTA?
Rafael Diaz: Unfortunately for me, due to some schedule conflicts, I will not be able to play along side my brothers in Asphyxiator, but I am very ecstatic and proud of this. They will have a great opportunity to share the stage with some killer bands and to spread our music to a wider audience. All great things!
Frank “Arte Mortifica” Garcia: The camping, outdoor concert experience is always fun. I had an opportunity to play one in my other band, Waking Chaos, back in 2012, Northern Wisconsin Metalfest 9. It was intense, and all the people were cool to the very last minute. I’m looking forward to checking out Obituary and Napalm Death; it will be the first time seeing them in an outdoor environment.
Miguel GoreGrinder Medina: This is no question the biggest event this band has ever been part of so the level of excitement is through the roof to be on the same bill with such iconic bands while exposing our brand of heaviness to a much wider audience. Personally, aside from the party and camping aspects there is ONE band above all I’m there to witness live and will not miss a single second of…. TERRORIZER! 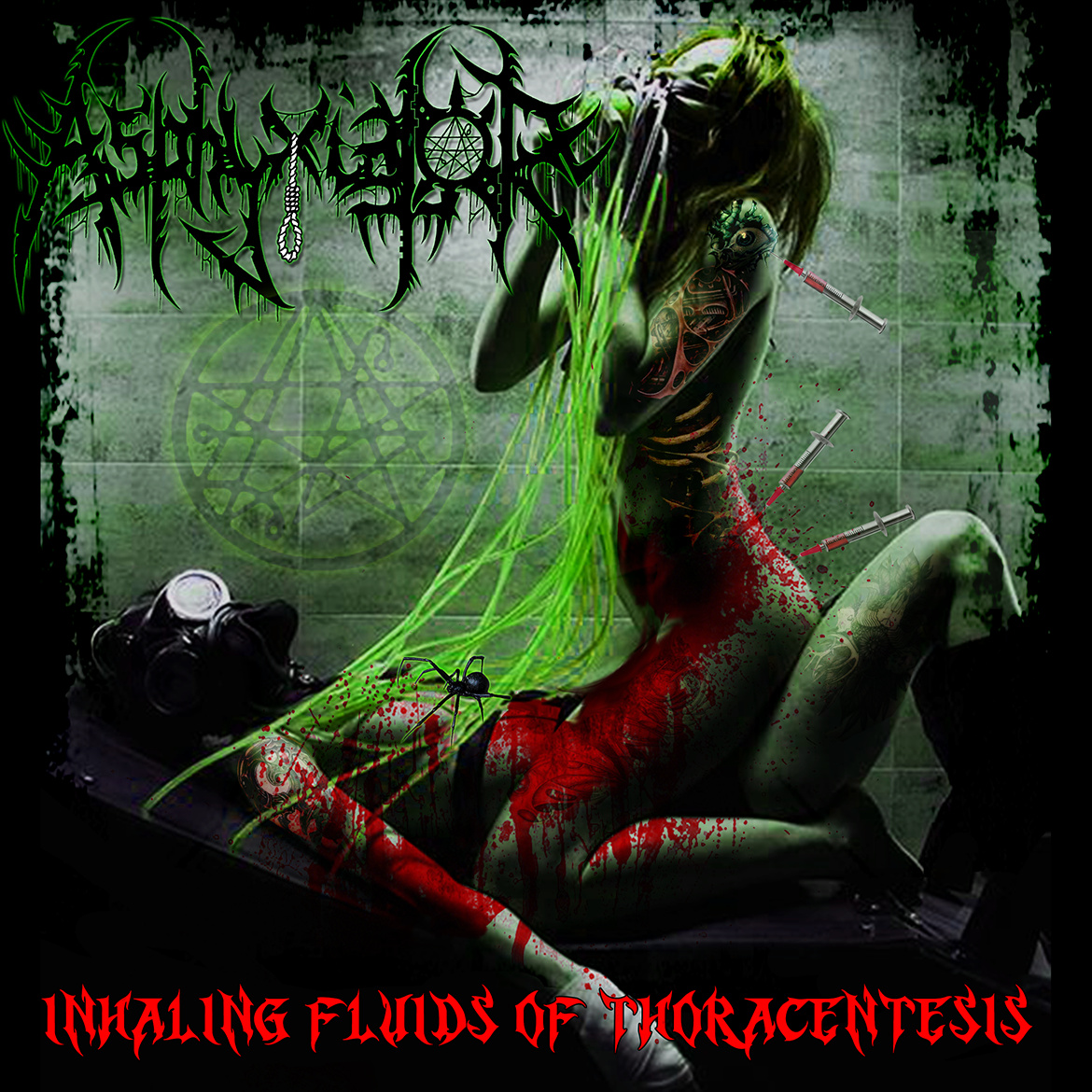