Howie D. from Hard Edge Radio and National Rock Review recently caught up with Erik Rutan from death metal band, Hate Eternal. They talked about the current lineup of the band, producing the last five Hate Eternal records on his own, the Florida extreme metal scene, the band’s latest release, and more.

Hate Eternal is one of those bands that hasn’t strayed far from its origins; a full-blown, in-your-face, death metal machine that shows no signs of stopping. They’ve just released their sixth studio album, Infernus (Season Of Mist), and are now on the road headlining in support of this latest release. The Infernus Tour also features Misery Index, Beyond Creation and Rivers Of Nihil. The tour kicked off November 27th in Boston, Massachusetts and will be a part of the annual Fall Metal Fest in the Detroit area on November 01 before coming to an end on November 25 in Sanford, Florida. If extreme metal is your thing, be sure to catch this tour if it comes to a city near you.

The interview with Erik Rutan from Hate Eternal: 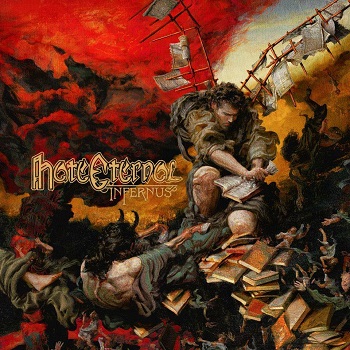