Matt Brandyberry is given the hardest question in his life for a interview with National Rock Review. The answer is noble, admirable, and completely horrifying.

For those not already fans, the guys in From Ashes To New are Matt Brandyberry (Vocals/Guitar/Keys/Programming), Chris Musser (Vocals), Dan Kecki (Guitar), Branden “Boo” Kreider (Guitar), Garrett Russell (Bass, Boyish Good Looks), and Tim D’onofrio (Drums). After Dirt Fest is a fond memory, the boys will embark onÂ a small tour with Five Finger Death Punch on Sep 4, 2015. Matt sits down for a few minutes with us to talk about their current EP, the LP that is in the works, and of course, bacon.

NRR: Thanks for taking a few minutes to talk to National Rock Review. I guess to get it out of the way, can you explain the name, From Ashes To New, and how you settled on it for your name?
Matt Brandyberry: There are many meanings behind the name. The name, the lyrics, the titles, and the people involved are all one big story. Our lives go â€œFrom Ashes to New.â€ Our previous bands did as well. We want everyone to know that no matter where you are in life, you can change the situation.
NRR: What is the Lancaster, PA music scene like and did you as a band out grow it fairly quickly?
Matt Brandyberry: The scene seems to be very eclectic. There are many different genres to choose from in Lancaster. Music or not, Lancaster is a very art driven city.
NRR: How would you describe your sound to someone just getting to hear you for the first time?
Matt Brandyberry: â€œRock Cocktail.â€ We take a piece of everything and blend it up. We donâ€™t like to pigeon hole ourselves into one particular genre.
NRR: You guys have said you want your songs to sound huge. How does a typical track get written by you to make that ambitious goal happen?
Matt Brandyberry: We start with the hook and build from there. We never have a particular path that we choose to take, we just do what feels natural. If it comes out with a â€œhugeâ€ sound, then thatâ€™s cool with us!
NRR: You have a recently released EP, “Downfall.” What makes it special to the band and has it done as well with fans as you might have hoped for?
Matt Brandyberry: I think itâ€™s safe to say that everything we do is special to us, itâ€™s a piece of us. We want to let everyone know that we are in this fight together. No matter what we go through as humans, we are not alone. From what we hear, it is doing very well. Our fans love it and so do we! We cannot thank everyone enough for their support on the EP! 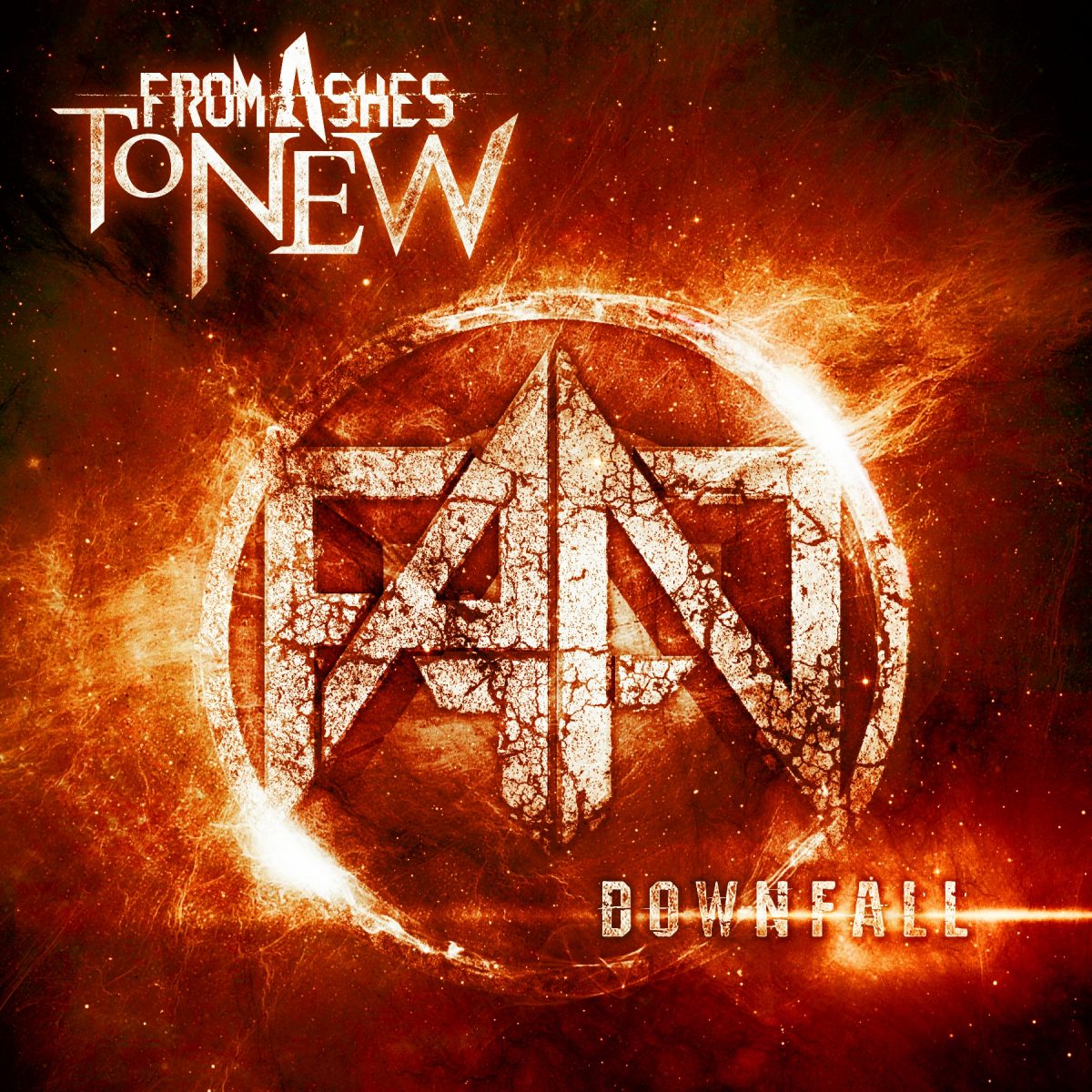 NRR: I’m sensing jobs in the “real world” are no where near the rush of being an artist/musician on stage for you guys. Did you think at this point, of being almost two years in on the band, you would be at this mile-marker in your career?
Matt Brandyberry: I donâ€™t think that we ever set out with particular goals. It is a bit surreal that we have come this far so quickly, but we have worked for a very long time in other bands to make this dream come true. We want to be an example as to why you never give up on your dreams. With our fans and our team behind us, we can do anything!
NRR: Most bands have three, four, maybe even five guys in the line-up. What are some of the positives and maybe negatives of being a sextet?
Matt Brandyberry: Having the six guys we have in this band is a positive in many different ways. We all bring something unique, musically, to the table. Itâ€™s what helps us create our â€œRock Cocktail.â€ We all get along great and have been friends for years. I think the only negative is bumping elbows in the RV while on the road or running into each other on small stages, (laughing).
NRR: Which nationally known band have you played with so far that you might have finally felt that yeah, “we can do this just as well as them?”
Matt Brandyberry: Iâ€™m not sure if we have looked at it that way. Every band we play with has their own unique thing about them that makes them great. We are just honored to be a part of what they are doing. We plan to never stop learning as musicians and the veterans are who help us fulfill that goal.
NRR: When I ask what has been the hardest lesson to learn being in a band, what comes to mind for you guys first?
Matt Brandyberry: Patience. You have to be patient in the music world. Everything will come if you let it. I really want to blast our unheard music for the world to hear, but I have to wait, (wicked laugh).

NRR: In the almost two years you’ve been together, what’s the most hilarious, bizarre, or simply surreal thing that has been witnessed by you that you’d care to share with me?
Matt Brandyberry: Muss was sick and received an on the spot IV administered by a fan, in a Days Inn, who also brought us cupcakes. He was wearing a name tag that read â€œBOSSâ€ while the IV hung from the lamp.
NRR: Do you have any plans of a full length CD anytime soon to continue the success of the EP?
Matt Brandyberry: We have a full length that we plan to release, but weâ€™re unsure of the date. The title is “Day One.”
NRR: Not saying anyone in the group is less than angelic on tour, but if a favorite adult beverage company offered to throw money and free product at you as a sponsor, what is the brand or drink of choice?
Matt Brandyberry: Jagermeister has already treated us awesome at a few festivals. Great folks!
NRR: Last one fellas; bacon, electric guitars, or women? You can have one forever on a deserted island, one goes away after a day, and one never makes it to the island. How does it go down?
Matt Brandyberry: For me, I choose my woman forever, the guitar for a day, and I guess Iâ€™ll have to do without bacon. Thatâ€™s also the hardest decision Iâ€™ve ever made.

We just want to thank everyone who has had our back and continues to â€œspread the ashes!â€ Keep doing what youâ€™re doing and we will not let you down.