This band has its own drinking team, is feared anywhere having fifty cent drafts, and should make the Jamison Whiskey people very, very proud.

Powerdise (vocals), Michael Scott (guitar), Phil Thacker (bass), and Dan Lewis (drums) make up this crack commando musical unit of Detroit, MI known simply as Critical Bill. Another of the Dirt Fest family veterans, the guys are coming back just to make sure last year’s show wasn’t a dream. Still in support of their latest release, “The New Eternal,” Mike had a few minutes before bringing the next young lady on stage to play his “instrument” to answer a few stupid questions for us. Enjoy the show!

NRR: What’s been going on with the band in the last year since you played Dirt Fest in 2014?
Mike Scott: We released our latest CD, The New Eternal shortly after last year’s Dirt Fest and have been out promoting it ever since. We also did a video for the first single “Alone of Lonely” this past April and plan for a lot more touring the rest of 2015 and 2016!
NRR: Hopefully you guys have a great time on stage this year. Are you looking forward to anything in particular at Dirt Fest 2015?
Mike Scott: Dirt Fest is absolutely one of our favorite shows of the year. Not only are the crowds great, rain or shine, but it gives us a rare opportunity to see a ton of amazing bands, local and national, that we might not usually get a chance to see during the year.
NRR: Will we hear any new Critical Bill material at Dirt Fest this year, say from a new album coming?
Mike Scott: Of course! We’ll be play a handful of songs from the new CD, The New Eternal, as well as some classic Critical Bill tunes that you’d come to expect when you see a live show. Last year David from Bridge To Grace joined us for a song on stage, so hopefully we’ll have another surprise guest this year!

NRR: How much of a bummer was having the Stars and Stripes Festival cancelled not too long ago?
Mike Scott: No doubt about it-IT SUCKED! Stars and Stripes has been one of our biggest dates that we do over the summer, so it was a huge disappointment. BUT, we promised to make it up to everyone and we’ll be announcing a show date for that very soon…like immediately after Dirt Fest.
NRR: “Detroit-based urban rock outfit, Critical Bill, is a band loved by thousands of fans for being what it is. Real.” What does this mean to you guys from your bio?
Mike Scott: We are exactly what we say we are, four guys, with diverse backgrounds, style and music taste that got together, wrote songs without thinking about what genre it might or might not fall in, or whether it was “radio friendly,” and just go out and do what we love to do. We don’t pretend to be anything that we’re not and I believe that’s been a big part of our success. We stay true to ourselves and the fans can see that. We’ll never change for the industry or to satisfy a fad!
NRR: What can we expect from Critical Bill in the coming days after Dirt Fest is again an apocalyptic dream of a sleeping metal giant until 2016?
Mike Scott: Lots of shows in the next 365 days, including some HUGE dates this fall with some extremely big bands. I can’t let the cat out of the bag just yet, but we’ll be announcing show dates very, very soon.
NRR: Is there a band or bands on this year’s Dirt Fest line-up that you are looking forward to seeing as fans?
Mike Scott: Down and Hellyeah-seriously, who ever thought this combination of bands would be on the same bill? Plus, a bunch of our old friends will be here, like Pop Evil, Taproot, Kottonmouth Kings, and We are Harlot. We’ve done so may shows with all of them that it’ll be great to catch up with everyone and see them do their thing on stage.
NRR: How important is selling merch for a band like Critical Bill at a festival like this, and what goes into figuring out what to sell or to pass on selling? 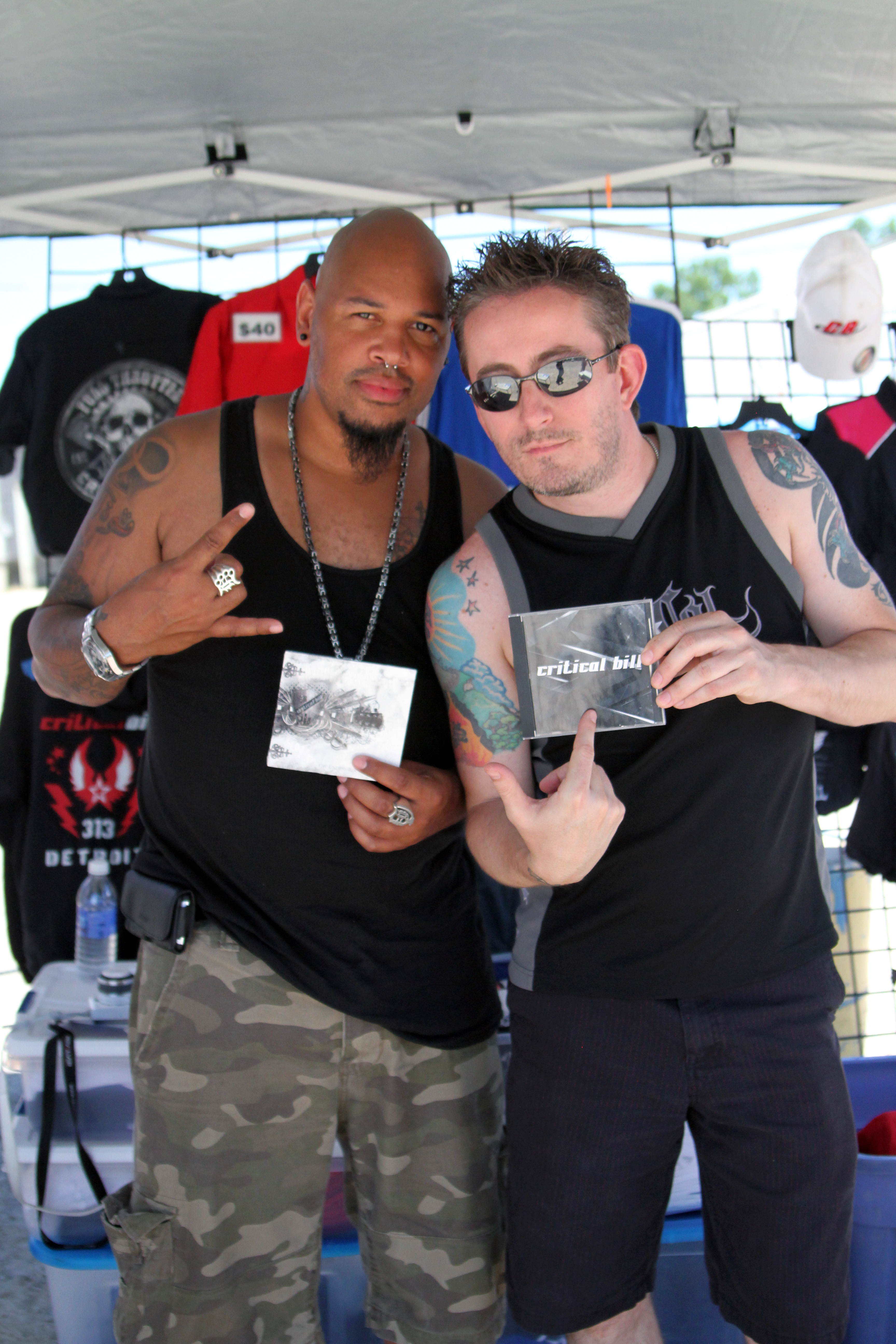 Mike Scott: It’s what keeps us on the road and is truly the life blood of the band. No matter where we go, we bring EVERYTHING and I mean everything for our merch booth. Venues call it the “Mall of America.” We literally have something for everyone’s taste and budget. If fans don’t buy merch, artists simply can’t afford to tour. So everyone that comes to Dirt Fest please support the bands and buy some merch!
NRR: You’ve been playing with some pretty big national acts lately. Is there a show in the last year that really stands out for you guys?
Mike Scott: One of the most fun shows this year was actually when we played with our buddies Hed PE and Alien Ant Farm. The crowd was amazing and just about tore down the Token Lounge that night, (laughing). Great energy, great bands, and a killer venue. I’d take that every night of the week!
NRR: What would likely be the one item on tour the entire band would have a fight to the death to be the winner of? Beer, pizza, shower coupon at a truck stop, etc?
Mike Scott: Jamison, (laughing)!