Howie D. from Hard Edge Radio and National Rock Review recently caught up with Dez Fafara from Coal Chamber. They talked about the many Ozzfest’s the band was a part of, the years having Sharon Osbourne as their manager, the latest CD, playing this Years Dirt Fest in Birch Run, MI and more.

Coal Chamber have recently released their latest album, Rivals (via Napalm Records). This is the band’s first album in 13 years and the first since the bands 10-year hiatus. Coal Chamber is currently out on the road supporting this latest release and has dates planned through the end of August. Coal Chamber will be making a stop in Birch Run, MI for the annual Dirt Fest event. Dirt Fest returns this year and expands to two dates, August 07-08 at the Birch Run Expo Center. This will be the band’s last tour in the US for quite a while according to Dez. Click below to hear the interview with Dez Fafara.

The interview with Dez Fafara from Coal Chamber: 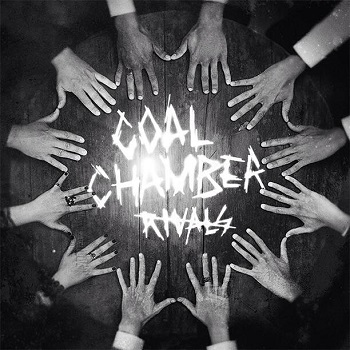