There’s a point in life where you have to decide to walk on your own. It might be the best choice Decyfer Down ever made.

Venturing away from the peaceful coastal visages of Atlantic Beach, North Carolina is a pretty decent rock band you might have heard of and if not, then you need to correct that oversight as quickly as possible. Chris Clonts (guitar), TJ Harris (vocals/guitar), Brandon Mills (guitar), Benjamin Millhouse (drums), and Chris Furr (bass) are the band of respectful rebellious rock stars known as Decyfer Down. Their latest, self-produced, album is The Other Side Of Darkness, and it dropped to the masses on Apr 01, 2016 in all of the usual online and brick stores. 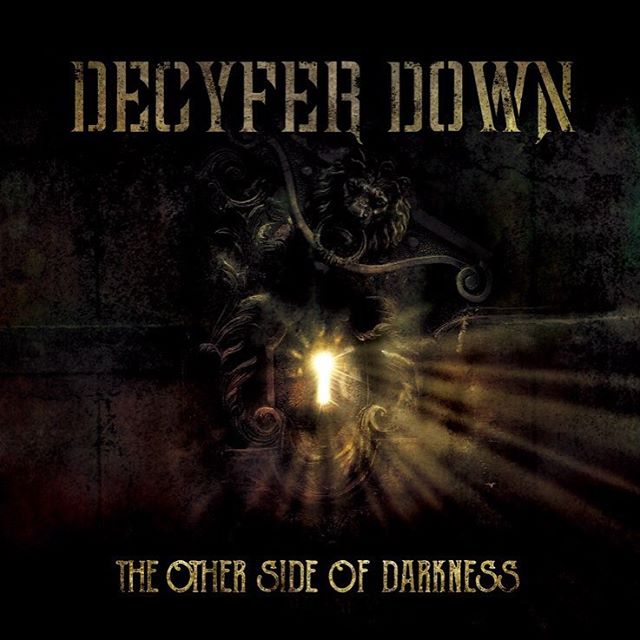 We caught up with Brandon and the guys in the Queen’s City the day after another fantastic show out on tour supporting the new CD. We talked about the ups and downs of doing all of the things that make a band go, totally by yourself, along with their recent successful Indiegogo campaign for the album, and about how you might need to make sure all the instruments are working correctly before hyping the crowd. So, grab a refreshing beverage and take a few minutes to listen to one of the truly good guys in music. And, if you’d like to see the guys play Carolina Rebellion this year, start making noise to catch the ears of the show now.

Oh, and if you see them live, buy a hair bow. Yes, I know, but there’s no better way to manage your hair in the middle of a good windmill so that it’s not all over the place. After that image fades from your mind, head over to our Twitter or Facebook pages and let us know how you liked the interview or the guys live. And really, some of us, at the National Rock Review compound, want to see the hair bows. Just saying.

Interview with Brandon Mills of Decyfer Down: