The driving force behind the new band, Bonz, took a few minutes to answer some questions for National Rock Review about life and the new album.

The band, Bonz, will release their new project, Broken Silence, on Pavement Entertainment/Eternal Sound Records on Feb 10, 2015. This four-piece is from Atlanta, GA and formed in 2011. The guys are Bonz (Vocals), Curt Taylor (Guitar), Erin Stagg (Drums), and Don Leslie (Bass). With influences from both Stuck Mojo and Primer 55 as well as others, Bonz, the band, intends on bringing back the heat on the rap-metal scene he [Bonz] helped to make.

NRR: Obvious question(s) to start: How did you guys meet (Bonz and Curt Taylor) and how did the name for the band come about?
Bonz: We met when we formed Killer in the Workplace, and when we decided to form a band BONZ sounded advantageous because the legwork had already been put in.
Curt: Bonz and I had actually met years ago on Atlanta scene. Then he was actually in a Primer 55 video that we filmed locally here, Then we were paired in a band together. That did not work out, but we did, and that was the start of BONZ.
NRR: I’ve seen a few descriptions of you and your sound, in your own words give me how you see your style and is it the same brand of rap-rock genre from the 90s-early 2000s?
Bonz: No itâ€™s not the same. We have recreated the sport that I created.
NRR: With a Rage Against the Machine kind of vibe, have you found it hard to get booked to play tradition metal scene venues or have you actually found it easier to book because of the difference you guys can provide to a night’s billing?
Bonz: Itâ€™s difficult to book anywhere anymore. No one goes out to see live music anymore.
Curt: The style that we play is different, but we can meld with about anyone. Given the chance we can mesh and rock with a wide variety of artists.
NRR: What would be more gratifying, having a fan give you, as a group, inspiration or to learn that your music or a song was an inspiration to a fan to keep going, etc?
Bonz: Definitely B.
Curt: Wow. That is a tough one. I get inspiration from a lot of places, but if someone told me one of our songs affected their life in a positive way, Iâ€™d have to give the nod to that.
NRR: Tell me about the new album, Broken Silence. Being that you are an Atlanta based group, what would you want a new fan to take away from the album more than anything else? 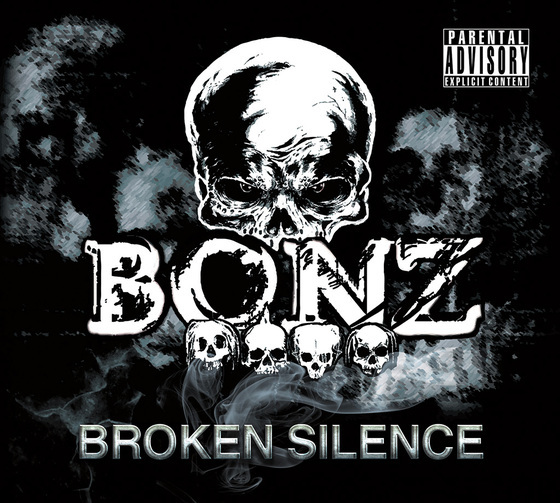 Bonz: That you understand the message and take it to heartâ€¦ and have FUN!
Curt: I am just so proud of the album, and all I would ask isâ€¦ just knowing that we are different than what has been out before, give it a chance, it just may move you.
NRR: If band x’s manager calls you up as a group and says, “Hey, the group wants you to open a US tour with them”, who is the one band off the top of your heads you’d drop everything for to see it happen?
Bonz: Pantera.
Curt: That is funnyâ€¦ We are contemplating some stuff like that now. Thanks to Eternal Sound Records and Pavement Entertainment some of those options have been presented to us. If I had to name a few bands that Iâ€™d drop everything for, itâ€™d be a tour with Wolfmother, Queens of the Stone Age, Korn, or Limp Bizkit. So that Bonz could hang with Fred Durst again.
NRR: It may be in the grips of old man winter right now, but summer fest season isn’t too far away. A lot like the last question, which fest would you love to be on a stage with or what fest do you think would be the best for the band and be fun to do as well?
Bonz: Burning Man.
Curt: I would dig any of the overseas festivals that would put us in front of a big crowd, plus it would give us a chance to see a ton of the bands that we love and respect. Gimme Donnington [Download Festival], Sonisphere, and Wacken Festival and Iâ€™m a happy guy. And we [would] get to hang with our managers, Rob and Nicole, in Germany.
NRR: You’ve been together since 2011 from your bio as a group and even longer in the industry, give me the best Spinal Tap moment or other experience that still makes you laugh or shake your head when it gets brought up.
Bonz: Playing with a different drummer and bass player that looked like camp Snoopy at the Star Bar.
Curt: Either losing a wheel on the van on the way to Charlotte, or being stranded in Clarkesville, TN by our so called â€œtour managerâ€.
NRR: You have to love music to be in a band and still enjoy the process. If it wasn’t for that dedication, what would be your day job(s) in place of the pursuit of the rock dream?
Bonz: Pizza Chef.
Curt: Anything to make sure that my wife and family are okay.
NRR: How important are the bandcamp’s, Facebook’s, YouTube’s of the world not only to get the music out there but also to stay in touch with your fans?
Bonz: Itâ€™s just a necessity of this day and age.
NRR: On the road day in and day out can be a grind, what do you guys do to stay occupied while traveling to the next show?
Bonz: Try to interact with our fans, and call and keep in touch with friends and family on the phone.
Curt: I like to try to work out whenever I can. Also, Iâ€™ll just get up and walk and wander around whatever town we are in and try to see what I can get into.