Home
Music Videos
Fireball Ministry release their new single, “The Answer” from their upcoming album, Remember The Story.
Remember The Story will be Fireball Ministry‘s 5th studio album and is due to be released on October 6.  “The Answer” is the follow up to the previously released song “Back On Earth.“
This will be the Southern California rockers’ first album in seven years and delivers their tried and true signature stomp and fuzzy swing with an even broader scope and deeper emotional range. The album mines the depths of loss, pain, and confusion, exorcising demons with the spirited uplift this kind of music best delivers.
Pre-order the CD/Vinyl of Remember The Story here: FireballMinistry.cleorecs.com
“We’re really excited to be teaming up again with director Brandon Trost for “The Answer” video. Brandon most recently worked with [Fireball Ministry vocalist] Jim [Rota] on the latest two Foo Fighters videos as Director of Photography and he has a visionary way of telling stories set to music.”
The record was produced/mixed by Paul Fig, the engineer behind records from Alice In Chains, Ghost, Deftones and Stone Sour. Sabbath soaked rhythms, Priest worshipping melodies, and no-nonsense Thin Lizzy mayhem collide in the Hollywood, California band, a group that has humbly but confidently flown the flag for rock authenticity since the hard-partying year of 1999. 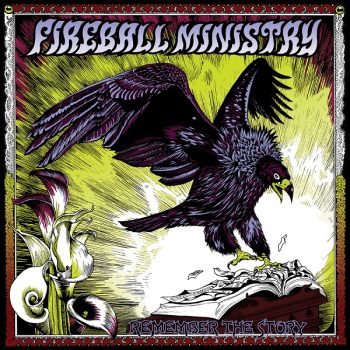