Legendary punkers The Damned release the official video for their new single “Standing On The Edge Of Tomorrow,” from their upcoming new album Evil Spirits.

Formed in 1976 at the forefront of the fledgeling London punk scene, The Damned kick-started the birth of punk as we know it, leaving an influential legacy for generations to come.

40+ years later, The Damned are still firing on all cylinders and preparing to drop an album full of all new material. Some ten years since the release of their last studio recordings, they return with Evil Spirits, to be released April 13th on Search And Destroy/Spinefarm Records.

Where their peers either burnt out, or faded away into mediocrity, this most spiritually chaotic of all punk groups have never been away, never surrendered their ideals, and have always forged onwards.

Propelled by an enormously successful PledgeMusic funding campaign, the band headed to Atomic Sound Studios last October and began a frantic, high-energy, nine-day burst of creativity with famed producer Tony Visconti (known for his work with U2, Morrissey, David Bowie, Iggy Pop, Thin Lizzy, The Stranglers and T Rex, to name but a few).

The first taste of Evil Spirits comes in the form of “Standing On The Edge Of Tomorrow,” a song penned by frontman Dave Vanian that packs a punch and carries a melody that is impossibly hard to shift once heard. Filled with hauntingly beautiful imagery, the video was directed by Dan Axtell.

If you like what you hear, head on over here where Evil Spirits will be available to stream and/or digital download via Spotify and i-Tunes, and available to pre-order on CD or 180g vinyl. 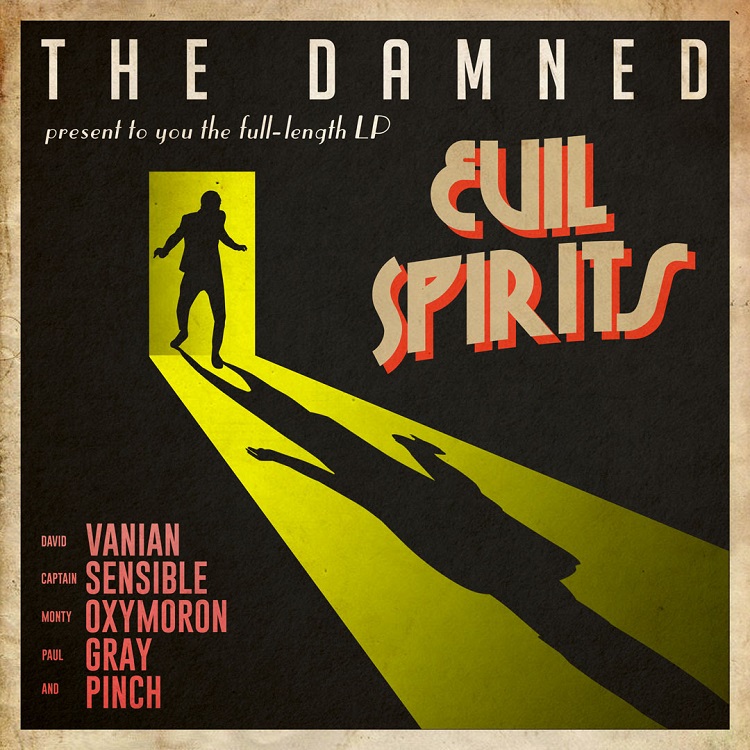