Avatar release their new debut single music video, announce a World Tour and as well as announcing details of their upcoming album.

It’s a busy day for music news from Swedish band, Avatar. First off, they have released their new single, “A Statue Of A King”. To go along with this, they have also debuted the music video for the single. The video was directed by Johan Carlén and was overseen by the “Department of Accurate Depiction of the King”.

They have also announced that their new LP will be released on January 12, 2018.  Avatar Country will be the band’s seventh album and will be the follow up to their 2016 Feathers & Flesh.

You can preorder Avatar Country now by clicking here. 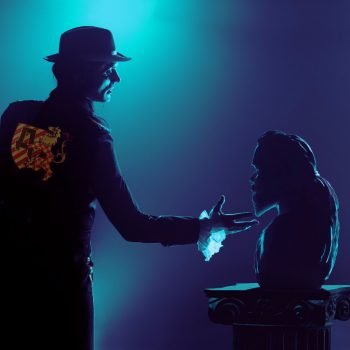 Avatar toured throughout the US this summer, performing at festivals such as Chicago Open Air, as well as opening for In This Moment. Now, they have finally announced that they are headlining a World Tour of their own. Opening for them on the tour will be The Brains and Hellzapoppin Circus Sideshow.

The North American tour begins on January 6 in Columbus, OH. Cramming in an impressive 28-date tour going from coast to coast, before heading over to Europe. They will be rounding out the tour in their native Gothenburg on April 7.

Avatar have been gaining a lot of recognition throughout the US, and this tour is sure to be a success. Fans have been waiting for the announcement of a headlining tour, and now they know the wait is almost over. 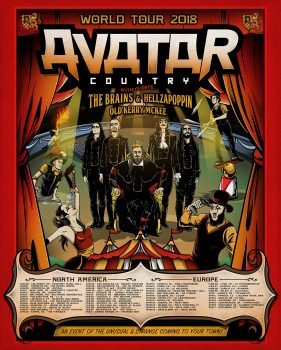