It’s impossible to dissociate rock music from counterculture. From Vietnam protest songs to the grunge movement of the 1990s, overdriven guitars and anthemic drums have been the vehicle of choice through which dissidents make their voices heard. With the release of the video for “Poison,” the third single off of Ania’s upcoming EP “Ania in Chains,” the singer takes her turn demonstrating what’s pissing her off. 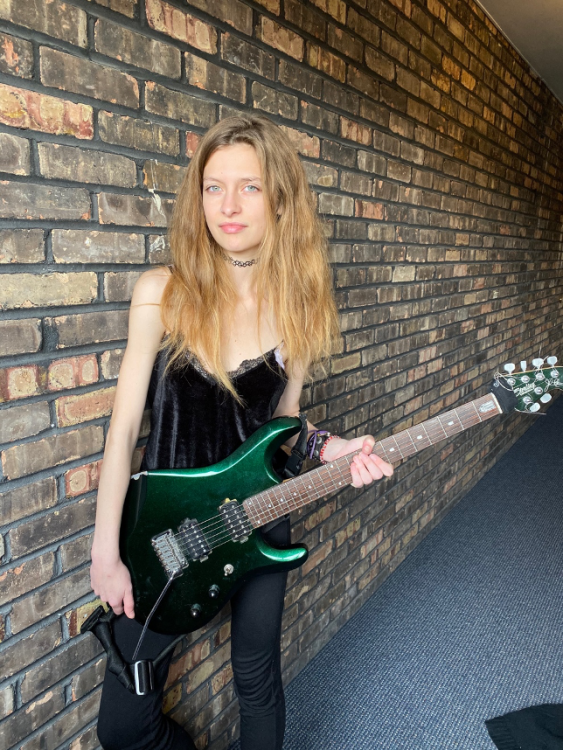 Ania’s vocal pilots the listener through a mire of turgid drums and achy, viscous bass as she takes to Hollywood’s Melrose Ave to lament American society’s self-destructive tendencies. While smashing vinyl records on alley walls and getting into fights with a villainous masked drummer, the singer croons the refrain, “Air is filling up with poison / and you keep breaking my shit.” On inspiration behind the video, she explains:

“I wanted the ‘Poison’ video to expose the inauthenticity of the beautiful and vibrant image that many people associate with Los Angeles. Hollywood glamor is a part of the city, but it’s got an angsty side, too. We all have an impact on the world around us. I want people to wake up and think critically, for themselves, and understand that we can all fight for change if we aren’t absorbed in our own image. Sometimes we’re blinded by it. But if we look up from our phones we can fight for change and a better future.”

Ania’s personal vision for a better future involves more women excelling in the music industry – an ideal that she’s materialized through her involvement with Gritty in Pink, a growing, Los Angeles-based collective of musicians seeking to empower women via all-female live shows (and more recently, live streams).

With “Poison”  already receiving nods from publications like Indie Is Not a Genre and Rock Era Magazine, the accompanying video is set to go live on June 26, 2020. In the meantime, take an early look at Ania’s latest music video.