Southern rock and blues was heard in the Ann Arbor afternoon air as The Wild Feathers played an outdoor lunchtime show in this well-known college town.

Southern rock n’ roll band The Wild Feathers rocked Ann Arbor, Michigan on the first leg of their tour, putting on a show for Bank of Ann Arborâ€™s Sonic Lunch. Started in 2008, Sonic Lunch is a free summer outdoor concert series happening at the corner of Liberty and Division in downtown Ann Arbor. Every Thursday from Noon to 1:30pm June 5 to August 28, Sonic Lunch features a live band from an impressive array of talent in the region, as well as national and international acts.

From Nashville, Tennessee, The Wild Feathers takes pride in playing pure, organic rock n’ roll, and they do not disappoint. They have an impressive original new sound that feels nostalgic at the same time. They have amazing harmonies like I’ve never heard. With a bluesy, country rock feel, their music gets you wanting to celebrate and be happy. Itâ€™s awesome to see an act like these guys.

The Wild Feathers are currently promoting their dÃ©but, self-titled album, available now. Check them out on the rest of their tour; you will have a great time guaranteed.

The Wild Feathers self-titled dÃ©but album is available for immediate download from Amazon. 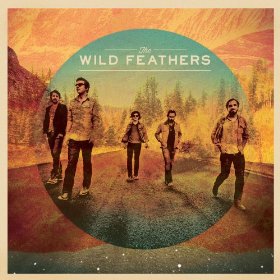