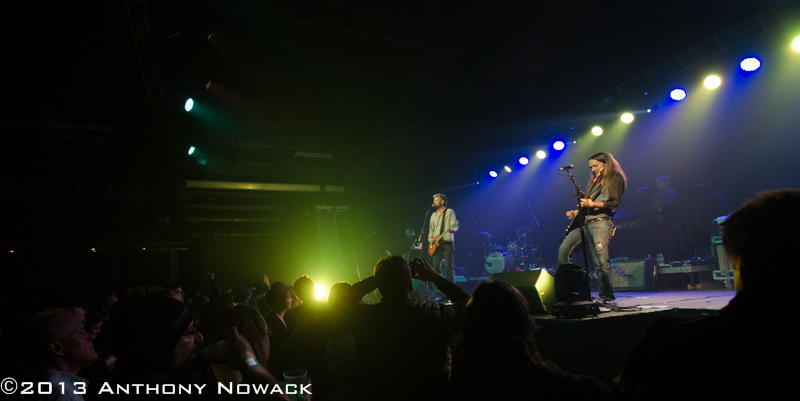 Thursday night,Â The Verve Pipe played to their hometown Grand RapidsÂ crowd at TheÂ IntersectionÂ for their 9th annual holiday show. The seventeen song set was heavy on songs from their 1996 breakthrough album Villains, and the 2001 album Underneath, but touched briefly on 1993’s Pop SmearÂ with Spoonful Of Sugar, and the 1999 eponymous album withÂ Hero.

They also threw in a couple covers; the Fleetwood Mac track The Chain, and as an encore, Supertramp’s Take The Long Way Home. This was a fitting end for the show in front of an enthusiastic crowd who knows this band as neighbors and friends as well as our rock ambassadors to the world.

Singer Brian Vander Ark led the audience in singing their hit The Freshman. Everyone in attendance knew it because, if you listened to the radio at all in 1996, you couldn’t miss it. More than a concert, the annual Verve Pipe holiday show is like a family reunion… except it’s family you like, and they hired a killer band.

Set List:
Hero
Cup Of Tea
Miles Away
Only Words
All Of You
Carry On
Spoonful Of Sugar
Photograph
Never Let You Down
Colorful
Villains
Ominous Man
Real
The Freshman
The Chain (Fleetwood Mac cover)
Happiness Is

Opening the show was Dutch Henry and Spencer Mulder