Trouble, one of the bands known as the ‘creators of doom metal’, are back on the road touring and recently made a stop in the Detroit area.

Trouble played at the legendary Small’s Bar in Hamtramck, Michigan on June 10. The show was nothing short of epic, with the heavy sound of doom metal filling the small venue. Trouble has been around for over 35 years now and shows no signs of age, wear and tear, or giving a fuck about what the masses think about their music. They came to play and deliver the classic timeless sound they have cultivated for over three decades. No frills, no flame pots, no scrims. Just loud guitars rolling over a solid bass line with former touring singer Kyle Thomas proving his place in the band is more than a solid one.

Even though they had traveled fourteen hours from playing a gig in Richmond, Virginia the night before, they delivered a rousing aggressive set that did not disappoint. Throngs of fans spanning generations showed up early, several sporting well-worn Trouble merch from shows past. They are out on tour supporting their most recent release, The Distortion Field, released in 2013. Fans can look forward to a new release in the very near future when they finishing touring.

Local support acts consisted of Temple Of Void, Her Dark Host, and Harbinger. Temple of Void play a heavy, crunching style of doom/death metal with extreme death/guttural vocals. Her Dark Host had the most interesting stage setup, with candle adorned scrims bearing symbols of black magic, pentagrams, and runes. Harbinger was the first act, and the one I personally enjoyed the most. Their sound took me instantly back to the early days of the New Wave of British Heavy Metal when Iron Maiden was emerging from their punk days with Paul Dianno on the first two albums. All three local acts were well supported by their local followers and most certainly gained some new fans, including myself.

Check out the Howie D’s interview with Rick Wartell of Trouble.

The latest Trouble CD, The Distortion Field, is available at Amazon: 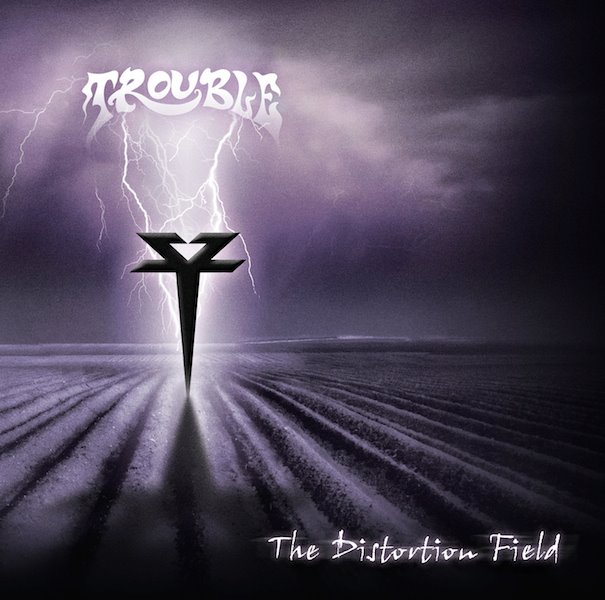