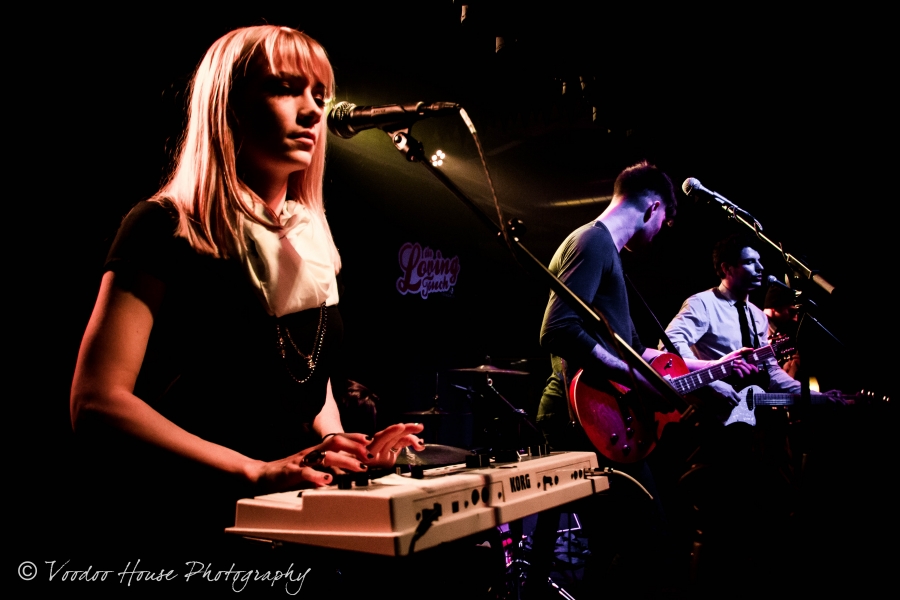 Traits formed in 2009 on the east side of Detroit by Sean Shea and Michael Seger. The two, intrigued by the sounds of Sam S. Armeni, Domenic Cam, and Megan Marcoux, recruited them and Traits as we see today was born. With a combined sound of pop and catchy indie rock, they create beautiful and mellow atmosphere.

The combination of lights, beautiful tones of the bass, poppy rhythms of the drums, sounds of the keyboards and guitars created for me a mind and spiritual revival. Sean Shea, Megan Marcoux and Mike Segar have such a talent for singing; their voices together are truly a pleasure to hear and I found it rather easy to get lost in a trance while listening.

The event was held at The Loving Touch in Ferndale, Michigan. This was the perfect venue to host the record release show.

The release is a self titled album and available for purchase at the Traits website. I listened to single, Your Touch; Mike Segar did an exceptional job at putting this record together on the technical side in the studio. Not only is he a great musician, but a spectacular audio engineer as well.

Traits is growing fast in the Detroit area, and getting a sure-fire of attention from many publications and radio stations. I have no complaints about this band. Under management of Lee Majors and label, Get Fresh Studios, I’m sure they will have no issue seeing bigger stages and a multitude of fans in the near future. If you haven’t heard of Traits, you will not be disappointed by the professional stage presence, the musicianship, and the beautiful tones and harmonies.