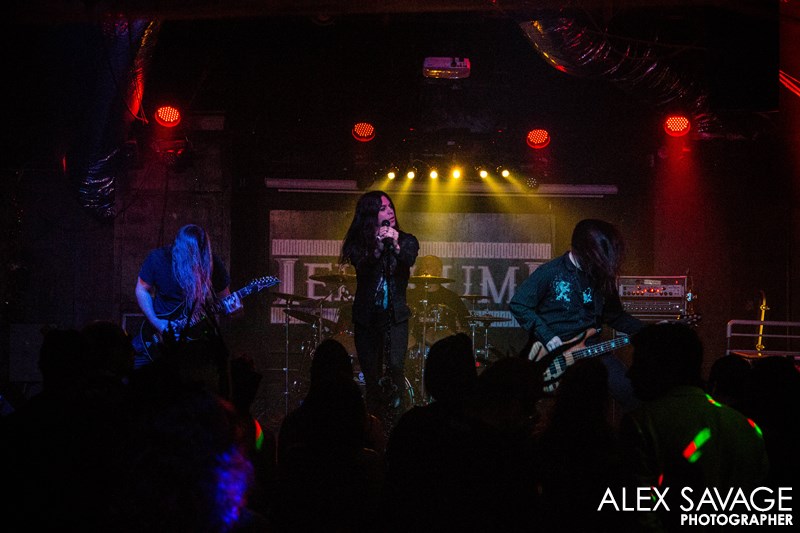 Diminished 7 is more than likely not a band you have ever heard of, but if you are a musician or a music aficionado, you probably know what the name means and if you are neither, do yourself a favor and look it up.  Unsigned, label free and hailing from Los Angeles, Diminished 7 stepped out of their comfort zone to play The Austin Vampire Ball deep in the heart of the well known music scene that is Austin, Texas.   Famous for the SXSW festival where breaking new bands compete for attention and A&R scouts, Austin is a band’s wet dream to play…even for four dudes from Los Angeles.

Now, why should Diminished 7 be on your radar at all?  With two albums under their belt, their debut Dim World and their beautifully recorded and mastered acoustic offering Hollow Haven, you might want to take a listen and get yourself familiar before their as yet untitled third album drops within the next year.  With the first single Velvet Caress (available on iTunes) having been mixed by producer/mixer legend Tim Palmer (Pearl Jam, HIM, Blue October) , DIM 7 is off to a promising career indeed and is one of those bands that makes you wonder why they’re not bigger than they are.

Aside some technical difficulties at Elysium, Austin’s only real goth club, Diminished 7 played a well crafted and well rehearsed set that made it painfully obvious that the venue was too small and ill equipped or that Diminished 7 is just too good for little club type venues they’ve been playing for the most part.  Question is, are they ready for the success they should get or is it going to be one of those things that drives them insane in such an elusive way that they end up tearing each other apart?   I sincerely hope they can navigate through all the hellish nonsense that is music industry so that I can enjoy their music for years to come.

They embody many bands I love namely My Dying Bride, Type o Negative and HIM, with a bit of Alcest, Opeth and a dash of Cradle Of Filth in there for a well rounded stew of audio enslavement.   If any of the aforementioned bands appeal to you, open your door to Diminished 7 and support them so that they can keep on rockin’ in the free world.

All of their recordings are available on iTunes and check out their website while you’re stalking them as well.