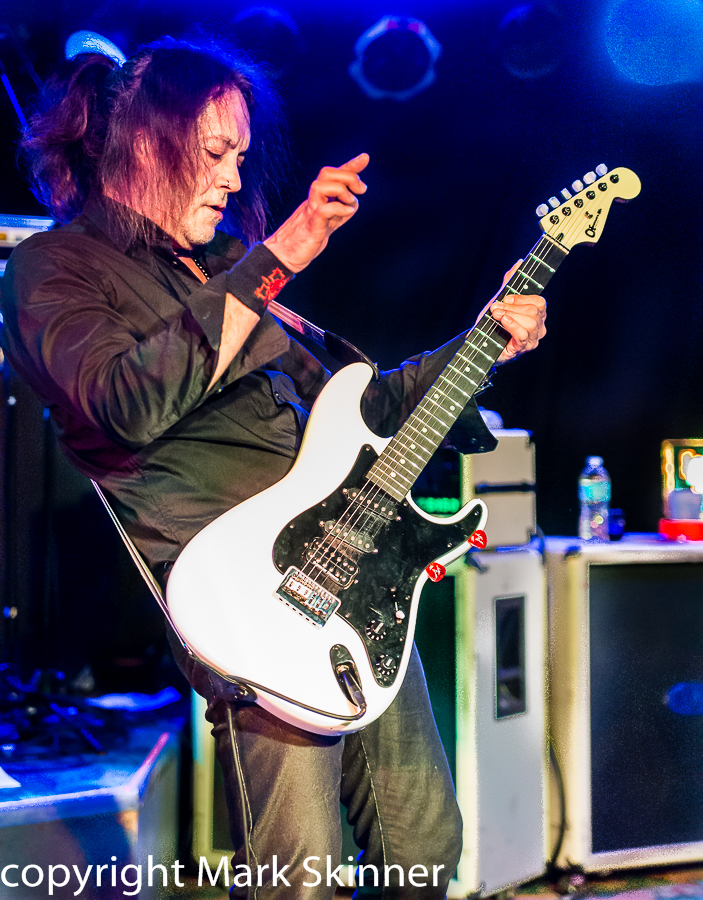 Jake E. Lee is back in the game with Jake E. Lee’s Red Dragon Cartel. Jake, who’s real name is Jakey Lou Williams, is most commonly known for having played in Ozzy Osbourne’s band in the mid-80’s and later in Badlands with Ray Gillen.

Throughout the 90’s and into the new millennium, Lee kept a relatively low profile. He appeared on some musical tributes and tried out a couple of other projects but it wasn’t until around 2013 when Jake decided to throw his hat back in the ring with his new band, the Red Dragon Cartel.

The self-titled Red Dragon Cartel debut album was cut at The Hideout in Las Vegas and produced by R. Bernard Mann (AKA Ronnie Mancuso) and Jake E. Lee. It was executive produced, mixed and mastered by Kevin Churko (In This Moment, Five Finger Death Punch, Ozzy Osbourne).

With the majority of tracks having been recorded with the new permanent members, Jake E Leeâ€™s Red Dragon Cartel is about to blast off! This amazing virtuoso guitarist with his new band will once again grace the rock world with the lights shining even brighter.

Our photographer, Mark Skinner, was on hand to catch their show at The Rockpile in Toronto, Ontario on April 10th, 2014. Here are the images from that night.