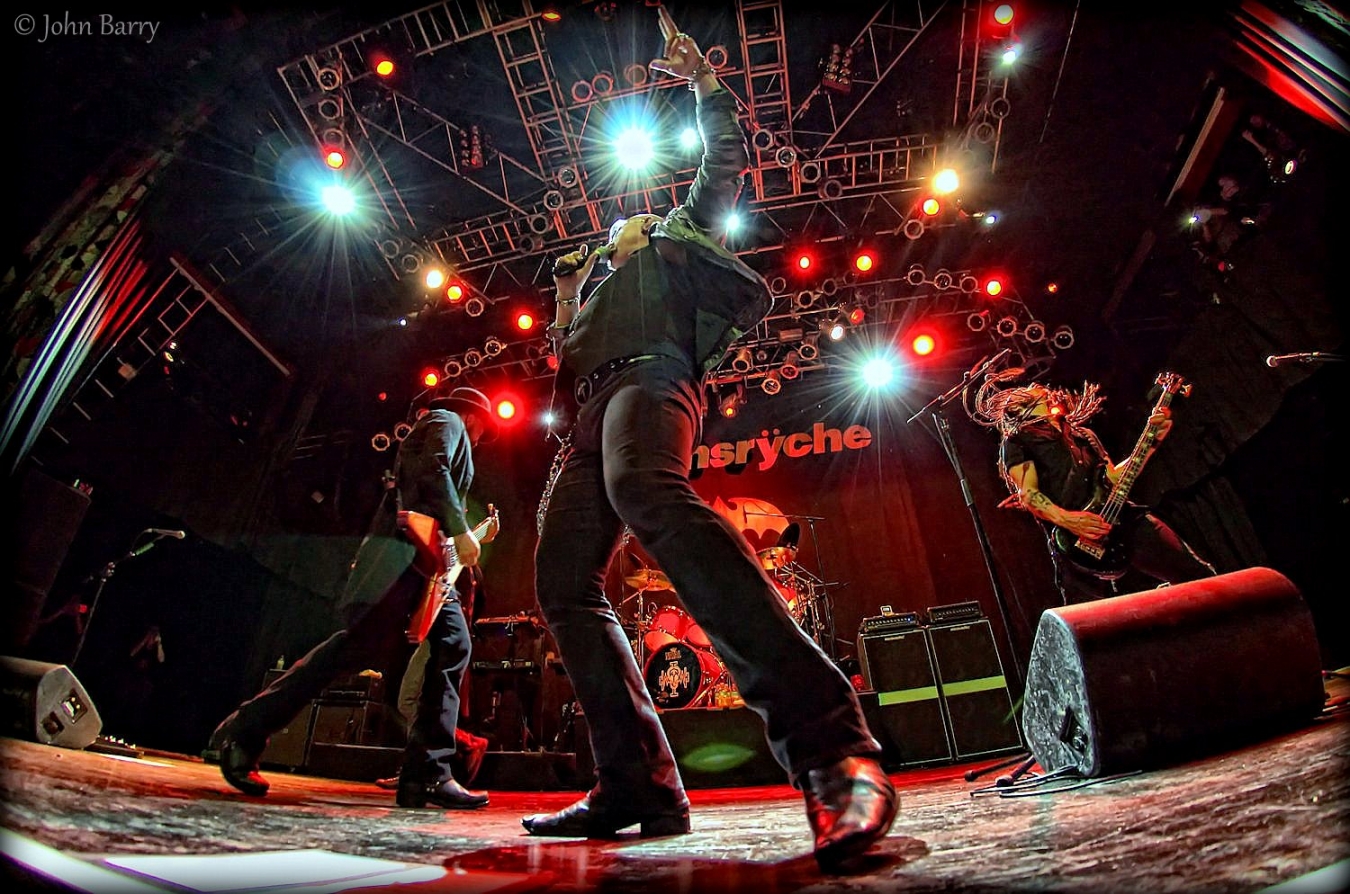 Nothing lasts forever.Â  Relationships end, friendships sometimes fade, marriages fail, and all too frequently, our favorite bands break up.Â  After the fallout, you often have to choose sides.Â  If youâ€™re a Queensryche fan it can be especially challenging as there are currently two versions of the band active and touring.Â  I choose not to choose.Â  The Queensryche catalog is vast, the talent immense, and both versions of the band have great musicianship to offer.Â  Just because the original band broke up, doesn’t mean great things cannot survive.Â  This is life and Queensryche is living proof.

On Wednesday April 2, 2014 I attended Geoff Tateâ€™s Queensryche, playing the House of Blues in Las Vegas, Nevada.Â  The band celebrated the 25th anniversary of the Operation: Mindcrime album by playing it in its entirety and it was awesome.

As for the House of Blues, it was the best I’ve seen it.Â  The crowd represented a nearly sold out, highly dedicated fan base, but it wasn’t so packed that you couldn’t move or grab a drink.Â  At times the HOB becomes so compacted that it becomes a chore just to watch the show, yet this time it was the perfect combination of crowded, without being suffocating.

In regards to the performance, Operation: Mindcrime, was carried out to perfection.Â  From the haunting click of high heels on a stark linoleum floor, into the opening bass drum of Anarchy, through Sass Jordan as Suite Sister Mary, and culminating in the heart pounding, Eyes of a Stranger, the live-played album left the crowd breathless and in awe.

Of course Geoff Tate’s vocals are unlike any other.Â  Every fan knows this.Â  They just cannot be duplicated.Â  Simon Wright, set behind a huge double bass drum set, was on fire, and his solo one of the best I’ve seen.Â  The simpatico of dual guitarists Kelly Gray and Robert Sarzo are a force of melody and strength.Â  Disturbed bassist, John Moyer, with long dreads swinging, holds down the bottom end and looks amazing doing it.Â  Solid orchestration by Randy Gane and spine tingling vocals by Sass Jordan, complete the stage.Â  This line up offers a sincere realization of the album, executed by genuine, and authentic musicians.

After the ‘Mindcrime’ album, the band finished up with Silent Lucidity, Jet City Woman, Another Rainy Night, Best I Can, and Empire.Â  Absolutely impeccable.

No matter where you fall on the Queensryche spectrum; whether youâ€™re hurt over the demise of the original lineup, are a hardcore fan, or a fan in passing, this show will satisfy your progressive rock appetite.Â  Itâ€™s good. Really, really good.Â  It will surely give you hope that all that has broken up is not truly broken… and who doesn’t want that?