Legendary Scorpions, UFO, and MSG guitar god Michael Schenker recently embarked a U.S. tour with his project, The Temple of Rock, in support of their new album Spirit On A Mission.

This past Wednesday night the iconic hard rock guitarist, Michael Schenker, and his trademark Flying V guitar, blessed us with songs that spanned from his days in U.F.O to The Scorpions to his current Temple of Rock.

He opened up his 19-song set with the galloping song, “Doctor Doctor.” The influence of Â New Wave of British Heavy Metal can be easily traced to songs from his time in U.F.O. He then treated the audience with “Live and Let Live” from his newest album,Â Spirit on a Mission. 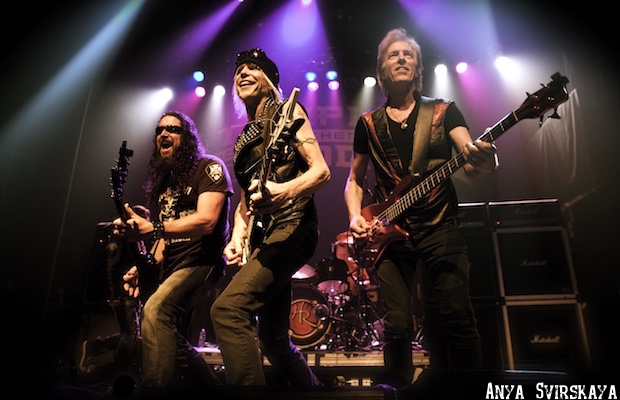 The band cleverly blended throughout the night between classic and recent material. The standout, however, was the Scorpion songs during his tenure with them. Playing “Lovedrive,” “Coast to Coast,” and “Another Piece of Meat” shows the man embracing his past which enables him to perform future classics like “Vigilante Man” and “Lord of Lost and Lonely.”

In addition to his career filled with great material, the guy can really play and shred with emotion. In an age when guitarists focus on being technically proficient, it is a breath of fresh air to see the emotion come out of Schenker.

His soulful rendition of the song “Holiday” had people in awe as his hands waltzed through the fret board of his Dean Flying V.

Thank you Mr Schenker for the music and showing the once Mecca of rock music how it is done.