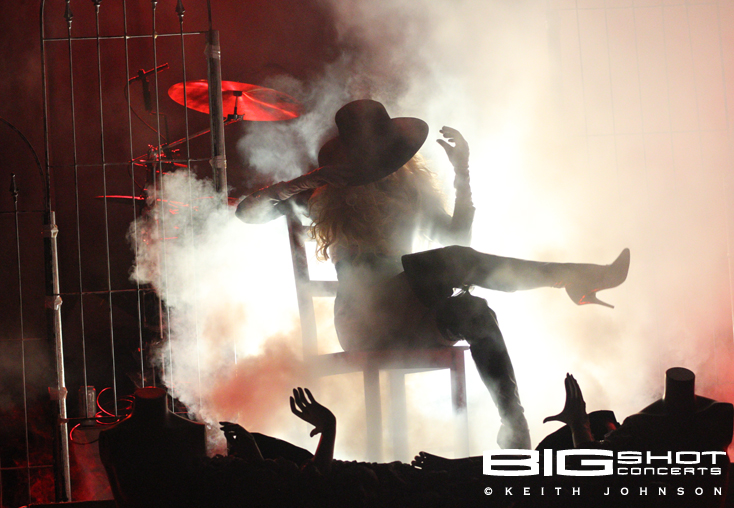 In This Moment played at Revolution in Fort Lauderdale, Florida on January 25th, 2014. Special guests included with Devour the Day and Butcher Babies.

In This Moment was formed in 2005 by Maria Brink and guitarist Chris Howorth. Within the first year, and through multiple line-up changes, the band had generated a solid following through persistent touring and online promotion.

Eventually, they signed a recording deal with Century Media Records and released debut album Beautiful Tragedy in early 2007. The album was produced by Eric Rachel, who has worked with as a producer with Burnt by the Sun, God Forbid, Spitfire, among others. It was supported by singles Prayers, Surrender, and title track Beautiful Tragedy, which broke into the Top 40 Active Rock charts. The success of the album lead to opening for top-tier artists, such as Rob Zombie and Ozzy Osbourne.

The second album from In This Moment was released in 2008. The Dream debuted on the Billboard 200 at number 73. The album was produced by Kevin Churko (Five Finger Death Punch, Ozzy Osbourne, Slash), and received positive reviews.

Later albums followed: a Star-Crossed Wasteland in 2008, and Blood in 2011. Multiple tours also followed; Mayhem Festival 2010 which included Korn, Rob Zombie, and Five Finger Death Punch, and the ShipRocked cruise in 2011 with Candlebox, Sevendust, Buckcherry, and others, supporting Shinedown and Papa Roach in 2012.

Currently, In This Moment is engaged in the Hell Pop tour, which began in late 2013. Given the recent momentum of their career, it looks as though 2014 is going to be good for this band.