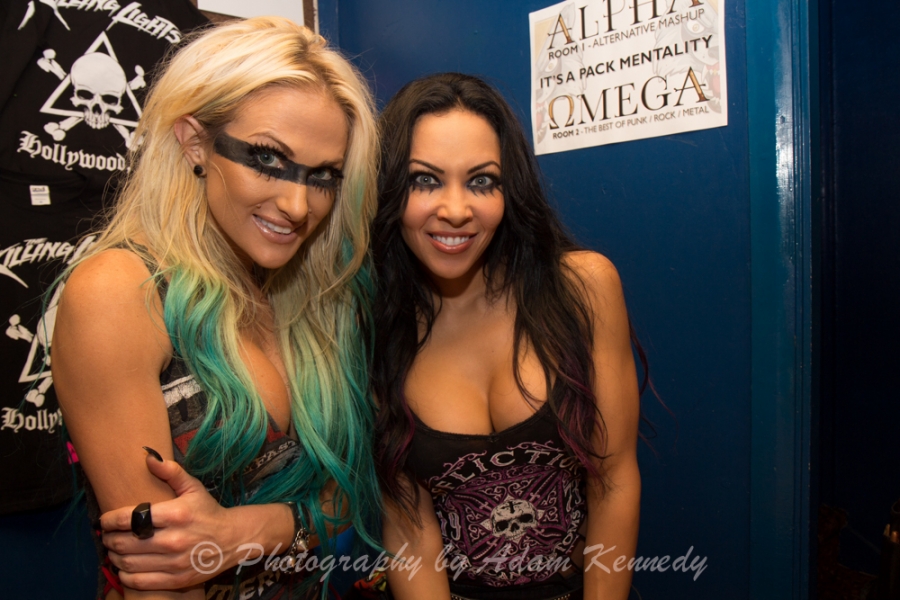 The O2 Academy in Newcastle (United Kingdom) featured a rousing night of metal just recently on February 9th, 2014. It was a chilly and windy night in Newcastle; high-energy grinding metal is just what was needed to drive back the winter weather.

Crowds of hungry fans piled in to the venue for a chance to sate their hunger for the anticipated ass-kicking performances of The Defiled, Butcher Babies, and The Killing Lights. Anyone present at the show will tell you: they were not disappointed!

The Defiled is an industrial metal band from the UK. They formed in 2005 in London and quickly made a name for themselves creating a unique mix of hardcore metal and electronica. The have received such accolades as Kerrang! magazine calling them, “The saviours of UK Metal”. Metal Hammer magazine referred to them as one of the leaders in a new wave of British metal.

Butcher Babies is a metal band from Los Angeles, California. The band is fronted by Heidi Shepherd and Carla Harvey. Their debut album, Goliath, released in July 2013 via Century Media Records sold 3,300 copies during its first week in the US, charted at No. 1 on the Billboard Heatseeker chart, and charted No. 107 on The Billboard 200 chart.

The Killing Lights, formerly Vampires Everywhere!, is an American metal band from Los Angeles, California best known for their 2010 EP Lost in the Shadows. They are currently signed to Century Media and Hollywood Waste Records.