Dan Patlansky is no stranger to Tyneside having performed here on several occasions in recent times with the likes of King King and most recently Joanne Shaw Taylor. Such has been the demand for this tour that many of the dates have long since been sold out and subsequently, a packed out crowd awaits Patlansky for his first full headline show in the Newcastle area.

Following a recent run with Norfolk based rockers Bad Touch British chanteuse Mollie Marriott makes her second appearance at The Cluny inside of twelve months. Having wowed the Geordie faithful on her last visit it’s immediately apparent that many of Marriott’s fans are in the house this evening.

Mollie recently released her first long player Truth Is A Wolf and during her short but sweet 30-minute set, she takes the opportunity to give the crowd a taste of her debut album. Tracks such as the beautiful Judie Tzuke co-penned “Transformer”, the first single to be taken from the album “Control” and the incredibly soulful title track itself all feature.

Marriott also pays homage to the late great Tom Petty with her hard rocking take on his classic “I Should Have Known It”. On the strength of this performance alone Mollie Marriott’s next show on Tyneside will inevitably be as the headliner. 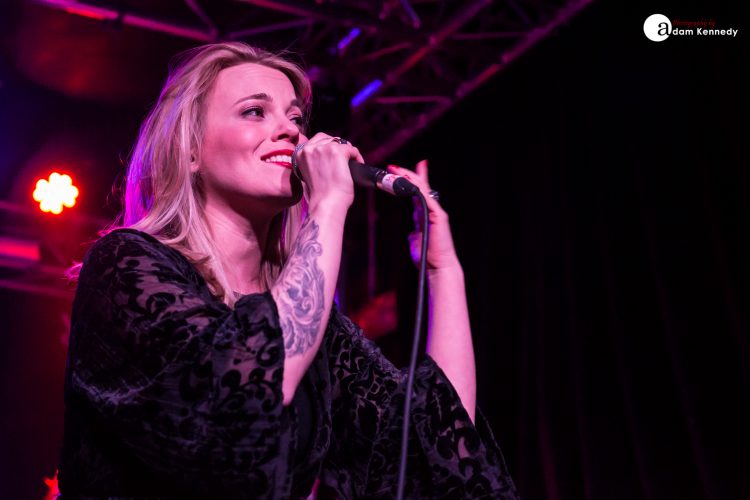 Dan Patlansky burst onto the British blues scene back in 2014 following the release of his critically acclaimed album Dear Silence Thieves. Despite this Dan has been garnering much success in his native South Africa for many years and during that time he has released a vast body of work spanning an impressive nine studio albums.

As Dan hits the stage he opens the show with both “Johnny” and “Never Long Enough” from his new album Perfection Kills, which in turns sets the tone for the night ahead. The show this evening is largely drawn from Patlansky’s last three studio albums.

Dan declares that one of his biggest influences is the late great BB King and subsequently he takes the opportunity to deliver a spellbinding rendition of the classic “You Upset Me Baby”, which of course features some blistering fretwork from the man himself.

The proceedings are slowed down somewhat with one of the more gentler moments of his latest offering in the shape of the epic “Mayday”. Patlansky picks up the pace with the wah infused blues rocker “Too Far Gone”, the incredibly funky “Stop The Messin'” and Dan’s social commentary tinged single “Dog Day”.

As Patlansky races towards the finish line, he includes a couple of classics which helped pave the way for his arrival in the UK. This includes the groove-heavy “Bring The World To Its Knees” and the hard rocking “Backbite”.

One of the stand out moments of the set comes in the shape of slow blues number “Still Wanna Be Your Man”.  During Dan’s passionate performance of the song, he exhibits exquisite control and clinical technique. At one point in the number, he brings the volume right down on his guitar as he continues to play his solo; his legion of Geordie fans transfixed to the point where you could hear a pin drop in the room.

Patlansky rounds out his main set with his unworldly exhibition of guitar mastery that is “My Chana”. This instrumental tour de force of guitar playing and showmanship organically comes together onstage, fusing elements of jazz and blues rock to great effect.

A two-song encore of “Sonnova Faith” from Dan’s last album Introvertigo and a further breathtaking instrumental “Zimmer 7” closes out what has arguably been one of the best shows on Tyneside so far this year. After several years of pounding the pavement, Dan Patlansky is now realising the fruits of his labour. It just goes to show that hard work pays off.