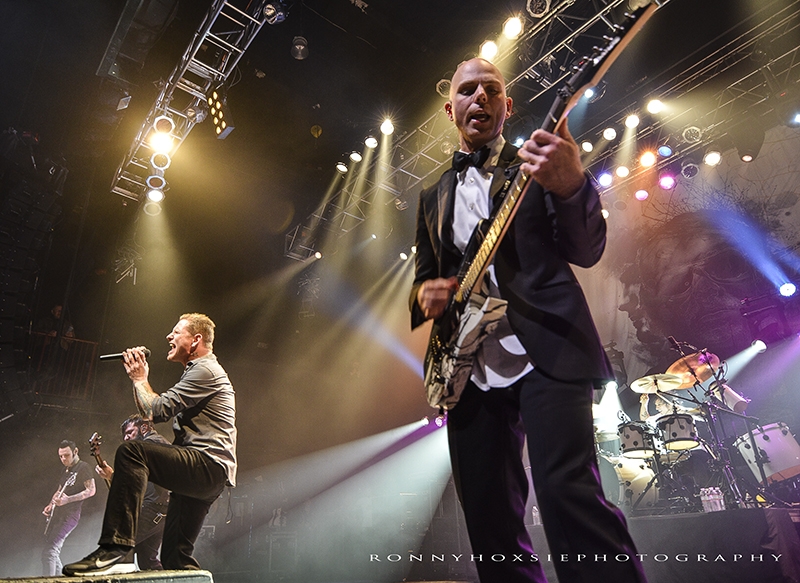 Stone Sour played at the House of Blues in Boston, Massachusetts on 22-Jan-2014.

Stone Sour formed in 1992 by Corey Taylor and Joel Ekman. Jim Root joined the band in 1995. The band recorded several demo tapes and remained active until a hiatus in 1997, when Taylor and Root went on to join Slipknot.

Numerous accolades would also follow. Between the years of 2003 and 2006, Stone Sour would be nominated for three Grammy awards. In 2013, they would receive four Revolver Golden God nominations, two of which they won.

There would be many line up changes over the years, as is the case with most bands. Taylor and Root remained active in Slipknot. Ekman left in 2006 for personal reasons and would eventually move on to other projects. He was Roy Mayorga (formerly of Soul Fly). In 2012, Johny Chow (Fireball Ministry and Cavalera Conspiracy) joined as a touring band member. Christian Martucci (Black President and The Strychnine Babies) joined in 2014 on tour to stand in for Root who was busy recording with Slipknot.