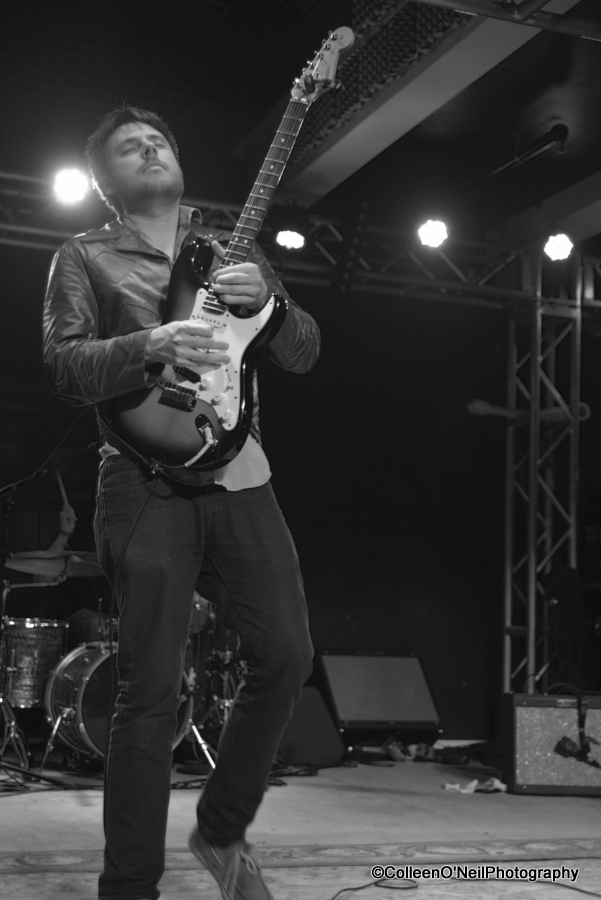 The power rock/pop trio from Detroit, the Mike Leslie Band, made their St. Louis, Missouri dÃ©but on March 10, 2014 at Plush. The trio played an upbeat set, predominantly originals, but also a spot-on cover of the Marvin Gaye classic, ‘Heard it through the Grapevine’. Their rendition of this timeless classic had the crowd moving and dancing along.

The show was one stop for the band on their way to SXSW in Austin, Texas, where they would be performing later in the week. SXSW 2014 will be the Mike Leslie Band’s second appearance at the annual music and technology festival.

The Mike Leslie Bandâ€™s burst on to the Detroit music scene in 2013 making waves with their gritty style structure and now-generation songwriting. 2013 marked a year of great success for the band. They won two Detroit Music Awards, including the Peopleâ€™s Choice Award. On the national scene, MLB showcased at SXSW 2013 and won DOUG FMâ€™s regional crown at Battle of the Bands. The band also recently released their dÃ©but self-titled album in January 2014.