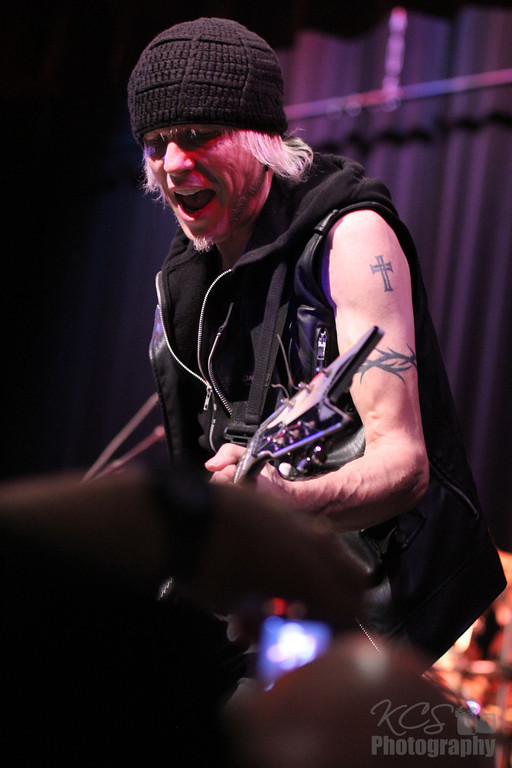 Michael Schenker winds down his tour across North America in support of his latest work, a solo album entitled, Bridge The Gap. This night, the tour stopped at the Campbell Heritage Theater in Campbell, California. Just three more stops follow this one in California to bring this excursion to a close.

Schenker played material covering most of his career in what can only be seen as a greatest hits set list. This includes the early days of the Scorpions, the iconic songs of UFO, the 80’s MSG catalog, and finally his recent solo work. If you are a Michael Schenker fan, this show was not to be missed.