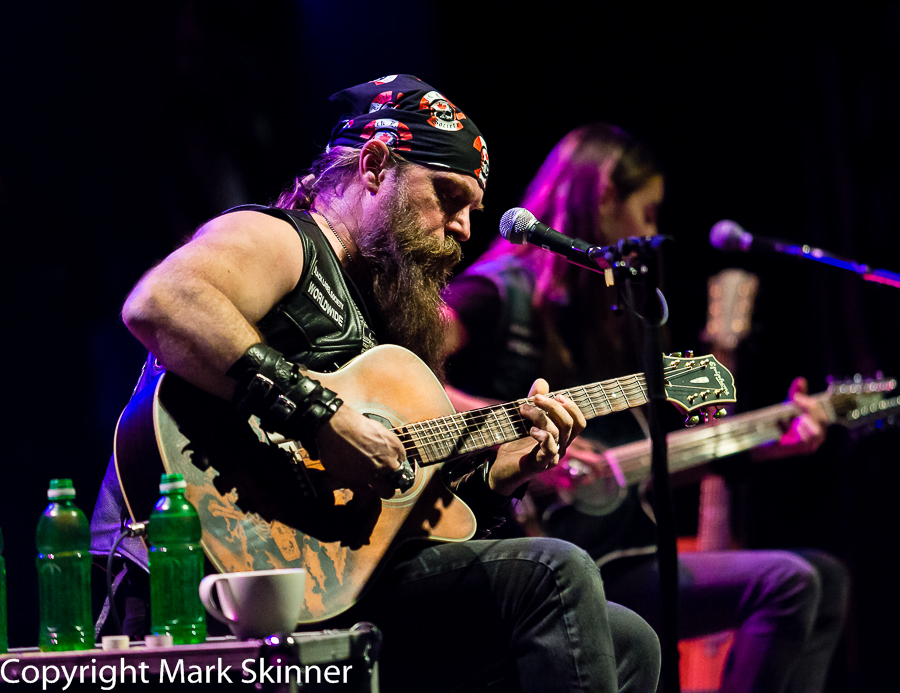 The Danforth Music Hall in Toronto, Ontario was host to an interesting event recently, on February 27th. Zakk Wylde of Black Label Society, and former guitarist for Ozzy Osbourne, took the stage in front of a full house. However, instead of walls of amplifiers, drums atop large risers, and hordes of fans clamoring at the stage, this was a more sedate affair. Zakk Wylde performed an acoustic set seated on the stage in front of an audience of around 1,500.

His set included many favorites from Black Label Society, such as The Blessed Hellride, Stillborn, Spoke in the Wheel, and Queen of Sorrow. He also did Lovin’ Woman, and Machine Gun Man from his Pride and Glory solo effort. While it was great to hear Zakk perform acoustic versions of his material, one of the more interesting moments was to see him perform covers of Heart of Gold from Neil Young, and Ain’t No Sunshine from Bill Withers.

While no one can question the thrill of seeing Zack Wylde play with Black Label Society or Ozzy, the electric show can make it difficult to take in all the details. In this event, it was enjoyable to hear him sing, and interact with the fans in such an intimate setting as that of Danforth. While the large arena concert will always elicit a thrill, any fan of ZW should make an effort to catch him in one of these performances.