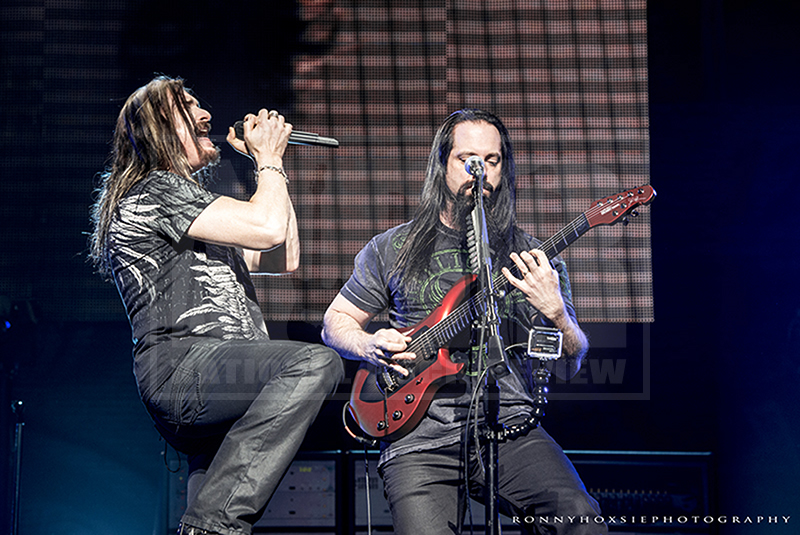 The Boston Opera House welcomed one of the most iconic and progressive rock bands of our era, Dream Theater, to a one-of-a-kind, homecoming performance on March 25, 2014.

The band performed for three hours, which was broken down into two parts, by a short 20 minute intermission. John Myung, John Petrucci, James LaBrie, Jordan Rudess, and Mike Mangini, of course executed a flawless Dream Theater set in the first half, but the second half was a distinctly dramatic and historic collaboration with the Berklee World Strings and Berklee World Choir.

The partnership was born out of DTâ€™s current work with Berklee student and Turkish composer, Eren Basburg. The union between the band and Brasburg has resulted in the works â€˜Explorations for Keyboard and Orchestraâ€™ and the most recent â€˜False Awakening Suiteâ€™, among other pieces. These were performed at the Boston Opera House and recorded for an upcoming release.

Dream Theater is also collaborating with renowned photographer, Rob Fenn, on a hardcover book of photography, documenting the first leg of this North American â€˜Along for the Rideâ€™ tour, which kicked off March 20, 2014 and will culminate on April 20, 2014 in Mesa, AZ at the Ikeda Theater.

Set List:
False Awakening Suite
The Enemy Inside
The Shattered Fortress
On the Backs of Angels
The Looking Glass
Trial of Tears
Enigma Machine
(with drum solo by Mike Mangini)
Along for the Ride
Breaking All Illusions