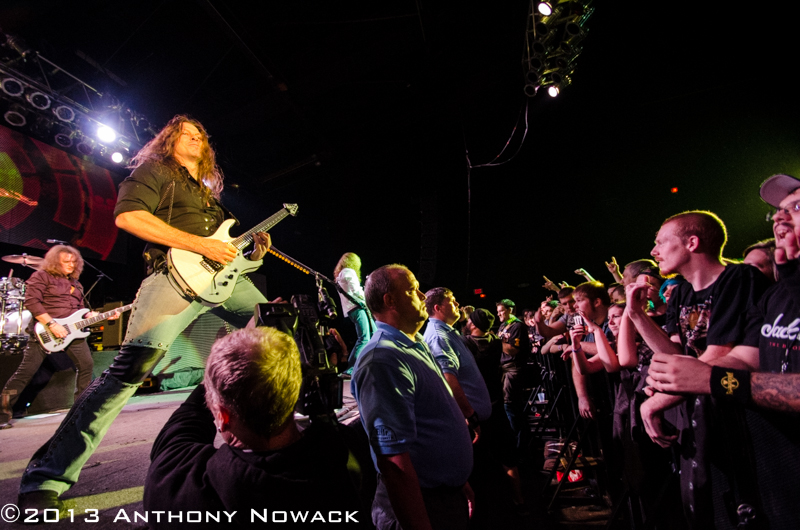 Megadeth played to a half full Orbit Room Tuesday night for a show that, according to frontman Dave Mustaine, almost didn’t happen after the death of Orbit Room promoter Don Dorshimer. With little promotion, many people I spoke with didn’t even know the show was happening outside of Facebook posts. But the fact that Megadeth pushed to put on the show anyway is a testament to their appreciation of their fans.

Megadeth played to the hardcore fans as if it were a South American soccer stadium, bringing in 3 giant video screens showing a combination of movie clips that mention the band, their music videos and other imagery, to accompany the thrash metal veterans through a set list that leaned more toward their earlier albums though Countdown To Extinction with a couple newer tracks thrown in. The band seemed much more animated and active compared to when the writer saw them at the same venue 2 years ago. A new stage setup seemed to contribute to this. With no stage monitors and three microphones, the band seemed to move freely around the stage and Mustaine didn’t need to stay in the middle of the stage to be able to sing.