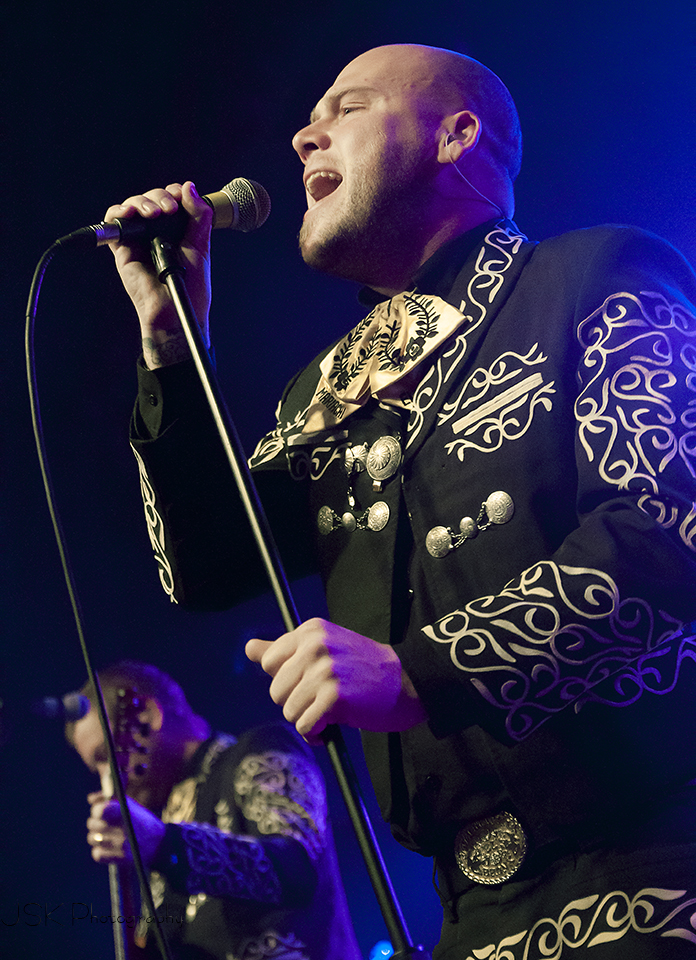 Punk rockers by day, mariachi purveyors by night, Mariachi El Bronx (aka ‘The Bronx’) roared through the Motor City on March 16th, 2014 and revved up a sold out St. Andrew’s Hall. The Bronx’s cultured and more mellow South-of-the-Border alter ego take traditional mariachi music and combine it with with more modern, punk-influenced tones.

Originally formed in 2002 in Los Angeles, The Bronx had become a player in the modern punk scene for several years after a deal and early success with Island Def Jam Music. In 2006, they released the album, The Bronx, through the label. It was named best album of the year by Rock Sound Magazine and ended up in Spin Magazine’s list of the top 40 albums.

By 2009, the band headed south of the Border and released the self titled Mariachi El Bronx, which saw the band take on classic mariachi music with a more modern, hard-edged flare. The band followed with a second mariachi-styled release in 2011.

This was the last date of the current leg of the spring tour for Mariachi El Bronx opening for headliners, Slightly Stoopid. Go try to catch these guys at one of these upcoming dates, or even catch The Bronx at an upcoming festival in Norway: